The IoT gets a new decentralised, distributed ledger technology - IoT Now News - How to run an IoT enabled business 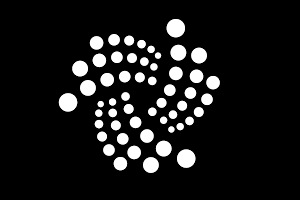 IOTA is a new distributed ledger technology designed for the Internet of Things (IoT). IOTA is a decentralised, distributed, lightweight, machine-to-machine (M2M) micro payment and transaction system for IoT devices and systems.

IOTA aims to provide a free marketplace for real-time and zero-fee transactions involving IoT resources such as data, computation power, storage capacity, bandwidth, and anything else which is useful.

A spokesman for its creators said, “IOTA serves as the infrastructure of the IoT economy. It uses a new cutting edge blockless public distributed ledger (Tangle) as the consensus mechanism. IOTA is also designed to be scalable, resilient, secure, and even resist the quantum computer attacks.”

IOTA is designed to facilitate communication among IoT devices. “With IOTA, IoT companies are able to reach out to more clients and bigger marketplace and market shares for their resources and services in an efficient way than they could have ever done before. IOTA will bring business opportunities for IoT companies which they’ve never seen before,” the spokesman added.

IOTA only uses algorithms that are quantum-resistant. This includes not only cryptographic ones but also algorithms used for consensus achievement. This means, said its designers, that the security provided by IOTA will remain unchanged in the imminent future of quantum computers.

It can communicate to blockchains such as Bitcoin and Ethereum to form a cohesive collaboration with these networks. It is also claimed to strengthen these blockchains’ security by providing checkpoints and to act as an oracle for smart contracts.

For more information go to: www.iotatoken.com