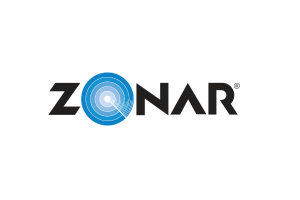 Zonar, has announced the general availability of the Ground Traffic Control (GTC) Performance package including the patented ZFuel application.

Fleet managers can use ZFuel to identify non-diagnostic issues with trucks as well as areas to coach, motivate and potentially incentivise best driving practices for their drivers to achieve greater efficiencies on less fuel.

ZFuel uses telematics data collected by the Zonar’s V3 connected directly to the engine control unit (ECU) and analyses it for a variety of factors. Then, using the data, the app ranks drivers in the system according to their total fuel efficiency – which also lists the money they could save on fuel by changing their practices behind the wheel.

“Monitoring your fuel usage by MPG alone is the way of the past,” said Brett Brinton, co-founder and CEO of Zonar Systems. “If your fleet isn’t taking into account additional data points that influence fuel consumptions and making appropriate adjustments with your driver, trucks and fleet operations, then you might as was well be tossing your money out the window.”

According to the Federal Motor Carrier Safety Administration (FMCSA) “Study of the Impact of a Telematics System on Safe and Fuel-efficient Driving in Trucks,” driver behavior is by far the largest single contributor to improving fuel economy.

There can be as much as a 35% difference in fuel consumption between a good driver and a poor driver. Speeding, inappropriate gear selection, not maximising the use of cruise control, and truck idling all contribute to inefficient fuel consumption.

Captured data utilised by ZFuel includes how often the driver uses cruise control, engine idle time, speed, and what gear the truck is in. These factors allow fleet managers to see an accurate measurement of fleet fuel efficiency based on the circumstances in which each driver was operating.

Fleet managers can then coach their drivers, incentivise with a proportion of the fuel saving and gamify the experience to increase driver retention while lowering fuel usage and increasing operating margins.

“To obtain an advantage in today’s transportation industry, technologies such as ZFuel are necessary to provide drivers feedback, training, and/or incentive programs that can improve truck fleet management and reinforce safe and fuel-efficient driving behavior,” said Clem Driscoll, president of C.J. Driscoll & Associates. “ZFuel is an important new feature for Zonar as it continues to grow its market share in the industry and with the eventual rise of fuel costs.”

“We noticed an initial savings of over $300 per truck, per month with ZFuel. There’s nothing else like it in the market today,” said David Daniels, president of May Trucking. “Our trucks utilise Daimler’s integrated Detroit Powertrain (iDP) combined with ZFuel resulting in a radical improvement in MPG.”

Benefits fleets can expect from ZFuel include: