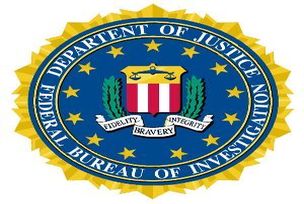 A new joint public service announcement from the USA’s Federal Bureau of Investigation (FBI), Department of Transportation (DoT) and the National Highway Traffic Safety Administration (NHTSA) lists the wireless components of modern vehicles that can be vulnerable and the methods attackers could use to launch a real-life attack, reported Lane Thames of Tripwire.

Such attacks could be similar to the one demonstrated last year in which researchers remotely seized control of a Jeep Cherokee. (Also see Time for car makers to face new challenges, says Ptolemus Consulting following Jeep ‘hackjack’

This follows last month’s news that Nissan’s LEAF cars can be easily hacked, allowing their heating and air-conditioning systems to be hijacked.

Lane Thames, software development engineer and security researcher at Tripwire explained: “We have seen drastic changes within the technology landscape over the last few years. Moore’s Law has enabled us to create very powerful computing platforms, ranging from the smallest embedded system to the largest of supercomputers. Simultaneously, the laws of economics have enabled these devices to be readily available to the masses in terms of costs. Finally, we have ubiquitous, high-speed access to the internet. Put this all together and we have what is currently called the Internet of Things (IoT).

“As we can see, automobiles are rapidly becoming a part of the IoT. Unfortunately, the security industry is seeing IoT devices of all types come online with very weak and, in some cases, non-existent security features. There are various reasons for this. Building highly secure systems is hard and sometimes costly. This conflicts with manufacturers who want to deliver their products to market fast,” he added.

According to Tripwire’s Thames, “Another reason is actually due to how the computing ecosystem is moving from a mostly ‘virtual’ environment to a merged world where virtual things are interacting and controlling things in the world around us. Particularly, the IoT includes devices that are cyber-physical. A modern, internet-connected car is a perfect example of a cyber-physical system. It is a thing that used to be based on pure physics, comprised of mechanical, electrical, and chemical systems. Now, these systems are controlled by onboard computers, and it might not be long before remote computer systems play a role in automotive control, especially with these systems being rapidly connected to the internet. The point I’m making here is that future technology (regardless of what we name it, i.e., IoT, etc.) will demand an holistic, cross-disciplinary approach for the design and implementation of cybersecurity and its interconnection with technology. This by and large does not exist today. Until this starts to happen, we will continue to hear about more and more technologies coming online and eventually becoming vulnerable to remote exploits.”

The author of this blog is Lane Thames, software development engineer and security researcher at Tripwire.