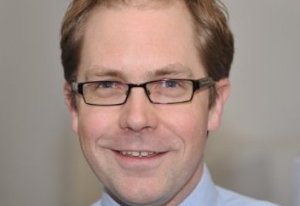 IoT was highly visible at Mobile World Congress (MWC) 2016, with IoT devices or services – from connected cows to connected toothbrushes – appearing on nearly every stand. While there was no unifying theme, we believe a number of developments point to the continued maturation of IoT.

NarrowBand IoT has gained momentum with CSPs, but non-3GPP technologies still have a window of opportunity

NarrowBand IoT (NB-IoT) appears to be emerging as the favoured low-power wide-area (LPWA) networking technology for communications service providers (CSPs) – in preference to LoRa or SIGFOX. The technology boasts some degree of support from at least 15 operator groups, and the strength of its position was made apparent from the number of NB-IoT demonstrations held at the show (more than half a dozen), says Tom Rebbeck, research director, Analysys Mason.

General interest in the technology was also noticeable – at least 200 people attended the NB-IoT Summit, many more than at the equivalent event in 2015.

However, all the NB-IoT demonstrations were for pre-commercial pilots, and questions remain about whether commercial solutions will launch in 2016 or whether this is more likely to happen in 2017. In contrast, SIGFOX, which has a competing LPWA system, demonstrated an impressive range of devices that are already commercially available, and the technology has good coverage in at least six European countries.

Consequently, some CSPs are experimenting with different options, rather than committing to any single LPWA technology. Perhaps the best example of this is SK Telecom: an investor in SIGFOX, it had demonstrations of NB-IoT and LoRa side-by-side on its stand.

Two blocs are emerging for global cellular connectivity: the GMA in partnership with the Bridge Alliance, and AT&T with Vodafone

The partnerships between the GMA and Bridge Alliance, and between AT&T and Vodafone, may together make it harder for other operators to compete for major deals worldwide.

Some organisations are returning their focus to core strengths such as connectivity, rather than selling end-to-end solutions

We spoke with a few organisations, including CSPs and hardware vendors, that are returning their focus to core strengths, rather than trying to provide complete solutions. One CSP told us that it is following a ‘back to basics’ strategy centred on offering connectivity. This approach has, in this case, simplified relations with the CSP’s partners because it is no longer seen as a competitor, and this approach means that contracts can be closed more quickly.

It may be too early to identify this as a trend. However, as discussed in our previously published article Operators’ strategies for IoT are guided by three main motives, the move beyond connectivity is far from straightforward for CSPs because it adds significant complexity and puts CSPs in competition with a greater range of organisations. Consequently, we may see other firms in the IoT ecosystem revert to concentrating on their core strengths.

Standards for IoT are gradually aligning

The merging of IoT standards is a general theme for 2016:

Overall, these are positive moves because they reduce fragmentation of standards, making it simpler for developers and consumers.

Consumer AR and VR applications dominated the show, but enterprise IoT use cases are also appearing in the market

Demonstrations of consumer applications for augmented reality (AR) and virtual reality (VR) overshadowed enterprise use cases at MWC 2016. Convention attendees were treated to compelling consumer entertainment use cases such as gaming and video. However, the non-entertainment business applications of AR and VR were largely absent from the convention. As discussed in our article PTC’s radical IoT strategy gives communications service providers insight into the future of enterprise IoT, PTC is already using its Vufuria AR platform to develop IoT applications for the enterprise and industrial market segments. We expect more enterprises to assess how this technology can be used to visualise IoT data for activities such as employee training and field service.

Many organisations still need to clarify their approach to IoT

Our final IoT takeaway from MWC 2016 is a more general observation from our meetings: too many of the companies that we spoke with have yet to shape their strategies for IoT. There is often mention of a generic ‘IoT cloud platform’ and a long list of target verticals, but few commercial examples or obvious focus.

This was in contrast to the best-prepared firms, including CSPs such as AT&T, Tele2 and Vodafone, and vendors such as Libelium, PTC/ThingWorx and SIGFOX. Each had a very clear story about the solution they provide, their position in the value chain and their route to market. Others will need to define a clear IoT strategy if they are to compete against these better-prepared companies.

The author of this blog is Tom Rebbeck, research director, Analysys Mason.