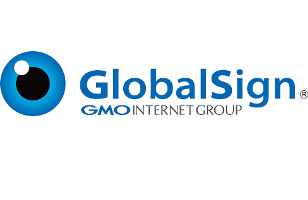 GMO GlobalSign, a provider of identity and security solutions for the Internet of Everything (IoE), has announced a hosted SSL and PKI certificate service with what it says are unmatched, high-scale issuance capabilities.

With the increased reliance on cloud-based services, customers are looking to their providers to ensure the security of their transactions and data. GlobalSign’s high-scale services are designed to fit the cloud on-demand model, automating processes, maximising efficiency and creating economies of scale. For example, Shopify, a leading cloud-based commerce platform, is delivering SSL certificates as part of its product offering to its 200,000+ merchants.

“We felt it was important to provide SSL encryption to our existing and future merchants,” said Brennan Loh, head of Business Development at Shopify. “We are excited to lead the charge in making the Internet a safer and better place for everyone and to help our merchants build trust with their customers.”

Data emanating from millions to billions of online connected sensors and devices is information gold. However, the introduction of new data expands the threat surface massively in ways never imagined. Insecure IoT implementations that provide opportunity to modify data can lead to devastating inaccurate decisions and can stop IoT implementations dead in their tracks.

GlobalSign’s high-scale certificate service allows IoT developers to easily build security and identity into their products from the start, protecting the integrity of data by securing and authenticating IoT end points. With this capability, they can accelerate the time to market and reduce manufacturing costs of their products, while also addressing critical security needs.

“Gartner believes that IoT business scenarios of scale will require a delivery mechanism that can also grow and keep pace with requirements in monitoring, detection, access control and other security needs,” according to Gartner. “The future of cloud-based security services is in part linked with the future of the IoT. In fact, IoT’s fundamental strength in scale and presence will not be fully realised without cloud-based security services to deliver an acceptable level of operation for many organisations in a cost-effective manner.

By 2020, over half of all IoT implementations will use some form of cloud-based security service to meet acceptable levels of risk prescribed by regulation or the reliability standards of those implementations.”*