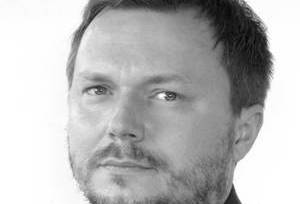 Greater opportunities in the fields of IoT, big data and predictive analytics, the chance for smaller providers to compete by offering niche services, and a bright future despite losing one of their best-known customers.

These are the trends set to shape the AWS landscape for the next 10 years, according to disaster recovery and AWS consulting partner Databarracks.

In March 2016, AWS celebrated its tenth birthday — a decade since the release of its first services. Since the release of Amazon Simple Storage Service, AWS has become the leading public cloud provider, with research firm Gartner estimating it to be 10 times larger than its nearest 14 competitors combined.

Industry practitioners have been keen to speculate as to what the next decade will look like for the cloud services giant. Radek Dymacz of Databarracks and co-founder of Kazoup, suggested that despite recent uncertainty, particularly in light of Dropbox’s decision to move away from the AWS cloud infrastructure, the future is still incredibly bright for AWS:

“For 10 years AWS has dominated the cloud services arena. From the likes of Netflix and Dow Jones to Adobe and Airbnb, AWS has built an impressive portfolio of large customers as well as small startups. The question now being asked is ‘what will the next 10 years look like?’Increased competition and Dropbox’s decision to leave have opened AWS up to much speculation.

“I think we should start by addressing Dropbox’s decision to move away from Amazon Web Services’ public IaaS cloud. When the announcement was first made, many viewed it as a sign that AWS’ dominance of public cloud services was wavering. This isn’t the case at all.

“Ultimately, AWS enabled Dropbox to grow to a point at which it was able to move to its own data centre. Without leveraging AWS at the beginning that just wouldn’t have been possible. AWS is lowering the barrier to entry for startups, enabling them to grow at a rate that would be impossible on their own infrastructure. The move also demonstrates that lock-in isn’t a problem with AWS, which can be a concern for first-time cloud users.”

Another prediction from Dymacz is that the competition faced by AWS is set to increase in the coming years: “Google is a key player against AWS when it comes to web startups. Google introduced its pay-as-you-go “serverless” infrastructure model, the AppEngine, for startups before AWS did and so it has the first-mover advantage. AWS is catching up though, with the introduction of its own “serverless” architecture, Lambda,which will certainly be a challenger in the marketplace. Obviously, Microsoft Azure is the main competition when it comes to the enterprise, with Microsoft having a long-standing relationship with this market.

“We can also expect to see AWS dominate in emerging areas of technology in the next 10 years, making their mark in IoT, big data and predictive analytics.”

In light of the dominance AWS has in the market, Dymacz is keen to point out the challenges facing smaller providers as they look to compete: “Unfortunately, it seems to be the case that the space for smaller providers to compete is shrinking. The risk is that if AWS sees a big enough market for a specialist service, they’ll probably end up moving into that space themselves. So it’s only the small, niches services that will be safe.

“Realistically, the opportunities lie in managed services and consulting. There is still a market for managed service providers because AWS doesn’t want to get involved in that area. Unless you’re a customer on the scale of Netflix or Spotify, they don’t have the resources to be able to manage customer relationships beyond the infrastructure and platform side of things. Managed services and consulting on top of AWS services is where the opportunity will lie for smaller providers.”