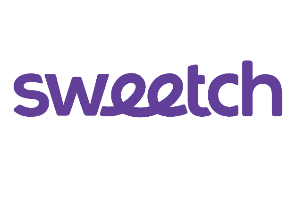 Sweetch Health, which has developed a “digital vaccine” for diabetes, has raised US$3.5 million in a Series A round led by Philips, a health technology company, and OurCrowd, a equity crowdfunding platform. Participation from prior investors also included Pontifax L.P. and Lionbird L.P.

Sweetch Health, an Israeli digital health start-up, has developed a revolutionary platform that assists in identifying individuals at risk of developing diabetes and coaching to prevent diabetes and other chronic conditions.

Current funding will be used to complete a pilot program and clinical trials soon to begin at a major international medical institution and jump start commercialisation in the USA. Upon completion, Sweetch will be well positioned to be “prescribed” by medical team personnel worldwide.

OurCrowd’s CEO, Jon Medved stated that “given the recent announcement by the US Secretary of Health and Human Services regarding Medicare coverage of diabetes prevention programs, the latest news from Sweetch could not have come at a more important time. We are joining major strategic partners to empower the platform development and serve millions of high risk patients as we battle this global epidemic.”

“We are very proud to be trusted by such global and well-known companies. We have a mission to achieve – make the world a healthier place on a large scale, and this can be done only through the use of smart devices connected with big data analytics and the individual level” said Dana Chanan, Sweetch CEO and co-Founder.

There are 387 million diabetic patients globally, and diabetes is the leading cause of the most significant chronic diseases such as heart attack, stroke, congestive heart failure, renal failure, blindness and amputations. According to the American Diabetes Association, an estimated $600 billion a year is spent on diabetes in the U.S. alone.

While wearable physical activity tracking device sales surge, moving beyond mobile-health hype, current wearable companies suffer from a serious adherence challenge. A significant percentage of users stop using the devices after 3-6 months because they fail to utilise their tracked data. Current platforms miss a significant engagement component – real-time personalisation, which is based on converting the data into actionable recommendations that fit the user’s life habits and engage them with a new healthy behavior.

Sweetch’s veteran, multi-disciplinary team has combined their expertise in data science, digital health, and user engagement to develop a unique mobile-health solution, which address one of the most attractive segments of the “Healthcare IoT” space, which Goldman Sachs forecasts as a $30BN+ market.

Sweetch’s proprietary behavioral analytics engine continuously learns the user’s habits on various aspects and based on the data uses various gamification and behavioral science methodologies to translate the information into personalised recommendations. These conclusions are then dynamically adapted, in real-time, to the user’s actual performance.

It is long known that most diabetes cases are preventable through lifestyle changes. Several large clinical studies have proven that 150 minutes of activity per week reduce pre-diabetes to diabetes conversion risk significantly. Unfortunately, about 80% of the pre-diabetics do not adhere to the WHO, CDC, and American Heart Association’s recommendations, especially in the long run.

Sweetch’s behavioral analytics engine and mobile application, serve as a personal digital health coach, nurturing the user in small steps, which are then adapted to the user’s personal life habits. The desired outcome is to reach the recommended 150-minute goal, with an emphasis on long-term adherence and engagement.

Sweetch’s behavioral analytics engine can also be applied to other significant chronic diseases and pre-chronic disease states, such as pre-hypertension and hypertension, obesity and metabolic syndrome.