Home › Blogs › How to get companies the data they need 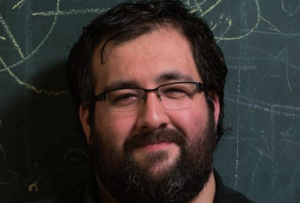 “Owner has finished a run and is on her way home”. These 47 characters (spaces included) are pure gold for consumer technology that pegs itself as “smart”, says Denis Vitchevsky at Neura.

A car thermostat can pre-cool the cabin – the owner is on the way and they’re hot; a glucometer app can ask the user to measure blood glucose and transmit the result to the aforementioned car, as with low blood sugar it might be prudent to turn the lane warning or drowsiness detection back on; even the water heater at home can check if there’s enough hot water for a shower.

Behind those 47 characters, though, is a mess, because “owner has finished a run and is on her way home” is not data – it’s knowledge. Behind it there’s location pinpointing and activity detection, but also an attempt to recognise habits and intent.

Does the user shower at home after a workout every day, or only on Mondays and Thursdays, when the gym shower is packed? Do they like the same temperature after every workout, or is it only after a 10km run that they prefer a mini-tundra at their car. To arrive at the knowledge part of the equation, one needs to collect copious amounts of information. Then crunch it, and afterwards store it somewhere. Preferably somewhere secure, as information theft has become more and more lucrative in the past decade.

We’re seeing the results of this mess right now: every consumer technology ecosystem wants – needs, rather – our data if they want to contextualise and personalise their technology. And they absolutely crave that, of course, as real-time adaptation to the user can make almost every device, app and service better.

Let’s also not forget that products need information from outside of their ecosystem as well. A modern music service is great at knowing what it is we like to listen to, but it has very little idea about the context of this preference. If it could have “eyes” in our car, and see how our taste changes when a spouse is listening with us (after understanding that the other person is a spouse), it could tailor itself much better to our tastes.

It’s nigh inevitable that user-centric smart devices and apps will gradually replace remote control and configuration rules for most users over the next decade, utilising the knowledge available to them to make consumer experiences more fluid and unobtrusive.

And so, more and more products we use come online, their manufacturers start trying to suck out every piece of data they can get their hands on. Thankfully for them, most of us have smartphones – digital extensions of our bodies, able to give anyone who looks at them closely enough a very comprehensive profile of our lives. Enter Neura. Three years ago, as this tech landscape was forming, we were thinking about correlating data to produce knowledge. We were also trying to, you know, be nice – and so we’ve decided that we don’t want user data to become ours.

And this is the solution we’ve arrived at: we’ll collect and aggregate the data, turning it into knowledge, then not sell it to anyone. Instead, we’ll give it back to the users, and safeguard it for them. Meanwhile, we’ll allow anyone who wants to request fragments of that knowledge, in return for tangible value.

Years have passed, our algorithms have matured, and we’re working with both hardware and software companies on integrating our SDK. The thermostat, the water heater, the lightning rig – none of them have to follow their owner around 24/7 and create a dossier on them. They can simply request the 47 relevant characters, and make their products better.

The author of this blog is Denis Vitchevsky at Neura.