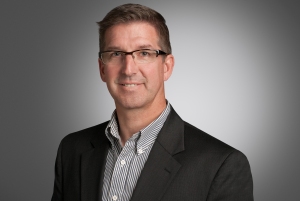 Despite mobile fraud growing by 81% between 2011 and 2015, nearly four out of ten merchants (38.5%) say their biggest challenge managing fraud risk in the mobile channel is figuring out if they even have a mobile fraud problem in the first place.

According to the latest data from the 2016 Mobile Payments & Fraud Survey, the majority of merchants are overwhelmingly incorporating mobile payment options into their online and mobile commerce strategies. But, they are unaware of the type of risks these new technologies bring – let alone what they even look like.

“Despite awareness that the mobile channel poses a greater risk than standard eCommerce, businesses are taking a blanketed approach to their security strategies,” said Don Bush, vice president of marketing at Kount. “Security is an essential part of the consumer experience.

And, as we saw with the rampant spread of data breaches, if organisations don’t have a tailored strategy to manage fraud as it evolves, they, and their customers, will be paying for it for years to come.”

As organisations small and large have embraced mobile at similar rates, their focus has remained on finding ways to adapt to mobile that offer more convenience to their targeted audiences, dedicating resources to expanding mobile offerings but sacrificing security in the meantime.

Instead, they’re relying on traditional eCommerce protection tools to manage risk in the mobile channel, even when nearly half (41%) acknowledge that mCommerce is riskier.

Other findings from the report take a look at the surprising top industries that have – and haven’t – made the mobile sales channel or mobile strategy their top priority. The report also examines where most organisations stand regarding the mobile wallet race.

“Given the introduction and expansion of mobile wallet options such as Android Pay and Samsung Pay over the last year and the dominance of Android devices, it’s interesting to see organisations are adopting Android and iOS payment options at similar rates,” said Steven Casco, CEO of CardNotPresent.com and the CNP Expo.

“But some organisations are embracing these options more than others. Card associations and issuers are more than twice as likely as merchants to support mobile wallets, as merchants’ support for mobile payments in-store stayed flat while mobile checkout optimisation doubled.”

“Mobile commerce is great for merchants and consumers but it’s also great for fraudsters too,” David Montague, Founder, The Fraud Practice, INC. “Until merchants implement techniques to address the unique characteristics of mobile offerings to keep them safe and secure, they’re leaving the door wide open for fraudsters.”

Mobile runs deep…but not where you think

Who what where when: Merchants unaware of mobile fraud

Reporting of increased risk of fraud following major data breaches varied depending on organisation: card issuers (55%) were most likely to report greater fraud and merchants (22%) the least likely, as they won’t typically see stolen cards used against them

About one-third of merchants (33.6%) have made the transition to EMV, but nearly nine in ten merchants report either that mobile fraud hasn’t increased or they are uncertain since the EMV shift (46 and 42% respectively)