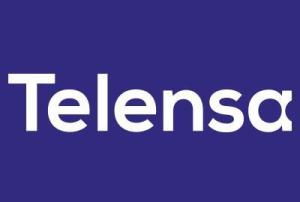 Wireless connected lighting systems are increasingly being deployed for streetlights, especially as part of LED conversions. They pay for themselves in energy and maintenance savings, and allow the user complete control over lighting levels. However, until now, wireless control of decorative fixtures that complement the most scenic parts of major cities has not been popular due to unsightly antennae arrays. This has been frustrating for city authorities because these lights tend to be in areas where fine-tuning lighting levels would be a great advantage.

Telensa and King Luminaire Co. Inc. worked together to add wireless connectivity to decorative luminaires without altering the fixture’s appearance. Tests were conducted using King Luminaire’s K118 Washington luminaire, one of the most popular acorn globe luminaires with a design that dates from the early 20th century. The Telensa wireless node (telecell) was incorporated into the body of the luminaire with the LED driver, and a twig antenna was mounted inside the globe, next to the central R1 baffled LED array.

Comprehensive testing was undertaken to make sure the central LED array wouldn’t interfere with the wireless connection in various orientations. The luminaire was connected to a laptop-sized Telensa Ultra-Narrow-Band (UNB) base-station mounted on a standard light pole and tests were run at distances of up to 3 miles, with the luminaire rotated so that the LED array was blocking the antenna. Throughout the testing the connection was never compromised by this arrangement.

“Heritage lighting systems are an important feature in major cities across the US and Europe, but combining them with the latest wireless technology has presented a challenge,” said Will Gibson, CEO of Telensa. “By working with King Luminaire we have managed to add cutting edge wireless lighting controls to their luminaires, bringing together the best of future technology and classic design.”

“There are strong economic and environmental arguments for deploying LED lighting combined with wireless control systems, however to date this has not been an option for decorative luminaires due to the need for external antennas,” said Peter Gorman, vice-president, King Luminaire Co. (Ohio). “Our work with Telensa has created a viable, discreet method of marrying the benefits of these technologies to products which have been market leaders in decorative lighting for nearly a hundred years.”

You can see these innovations at LIGHTFAIR International in San Diego on April 26-28. Visit Telensa (booth 1057) and King Luminaire Co. Inc. (Stresscrete booth 756) for more information. 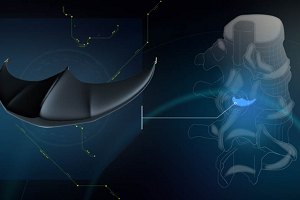 Crosser, a provider of Intelligent Edge Analytics software for industrial Internet of Things (IoT), and Advantech, a global provider in intelligent IoT systems and embedded platforms have formed a strategic alliance to empower global industries with Advanced Edge Analytics.