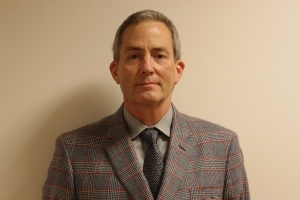 Five of the eight largest healthcare security breaches that occurred since the beginning of 2010 – those with more than one million records reportedly compromised – took place during the first six months of 2015, according to IBM X-Force’s 2016 Cyber Security Intelligence Index.

In 2015 overall, more than 100 million healthcare records reportedly were compromised, the report said.

Commenting on this, Luther Martin, technologist at HPE Security – Data Security said, “Healthcare entities are the new data gold mines for attackers. Their data is lucrative, often unprotected, and useful for all types of fraud including medical and identity fraud.

Unfortunately, many healthcare firms are grappling with the unprecedented changes in regulatory pressures, data threats, shifting IT landscape and the changing business and operational requirements without losing their primary focus – patient care.

According to Martin, “Many healthcare organisations are not readily equipped with modern data-centric protection which enables them to neutralise breach risks. Standards like PCI-DSS have provided more than frameworks for organisations to follow. Many healthcare regulations have historically been frameworks – offering payers / providers’ guidance – which haven’t been sufficient.”

Other industries like banking, payment processing and retail have learned all too painfully that being compliant means nothing when the attackers are gaining access to the data which hasn’t been properly protected through a data-centric approach.

Healthcare organisations are feeling the pains and starting to shift gears to modern data security practices while joining their peers in other industries that’ve already learned the importance of mitigating data threats. The value of data-centric security controls enables healthcare organisations to protect valuable data assets, enable data-rich analytic insight without risk, and prosper as a result to the delight of their customers,” Martin concluded.

Sponsored News: In the time of social distancing and pandemic restrictions, technology has become more important than ever to maintain our working productivity and social bonds. In a virtual first, the annual AI+IoT Business Conference (ABC) hosted by the AI+IoT Intelligent Business Alliance will focus on the impact of IoT for the Southeast Asian region.