Home › IoT News › Business & Markets › How can mobile operators cope with the overwhelming demand to connect everything? 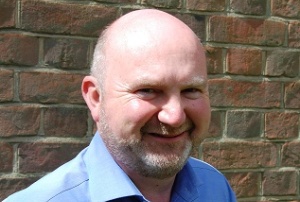 The Internet of Things (IoT) has continued to snowball over the past couple of years, and it’s the buzzword that continues to dominate the tech world.

It was alarming just how big a focus it was at Mobile World Congress this year. With connected cars, kitchens and even cows being showcased for the world to see, one very important question begs to be answered – just how are network operators going to be able to cope with the overwhelming demand to be connected today, says Robin Kent, director of European operations at Adax.

According to an industry report, a massive 86% of operators admit they are not ready for IoT so with many industry experts expecting mobile to be the key to making the concept a success, just how can the industry ensure end users will be satisfied?

IoT clearly presents mobile operators with huge potential for market growth, and with the phenomenon giving the end user a greater control of their connected devices from their handset than ever before, there’s a clear demand from both sides for it to work. However, if this tech revolution is to truly take off and its full capabilities are to be fully realised, IoT developers and mobile operators must first conquer the key issues which may prevent it reaching its full potential. In particular, in the telecom world, network capacity should be viewed as the biggest concern.

Firstly, it’s paramount for operators to have an understanding of how to build a network that will be able to cope with the level of traffic expected. The devices may only want to transmit a small amount of data but the vast numbers of them could have a detrimental affect on the Quality of Experience (QoE) for the end user. The connections are low speed and low volume, but it’s the sheer number of them that’s likely to cause concern. The underlying transmission protocols, SCTP (Stream Control Transmission Protocol) and GTP (GPRS Tunneling Protocol), need to be able to support the huge number of M2M and IoT connections trying to access the network simultaneously.

Operators must revisit the ability of GTP and SCTP protocols to handle the hundreds of thousands of connections into the core network. Ensuring a secure connection that is fully authenticated is a must. According to GSMA’s IoT Security Guidelines for Network Operators, network authentication algorithms should be implemented that meet the lifetime expectation of IoT service provider’s endpoint devices. By adhering to these guidelines, operators will provide a level of service that end users will expect and demand.

The question then for operators is how to maintain enough capacity in the network, and more importantly, manage the connections without creating bottlenecks? Typically, GTP solutions have been able to handle up to 25-30,000 Packet Data Protocol (PDP) contexts per application but operators now need to be looking towards coping with one million in light of the expected rush to be connected. By foreseeing this huge surge operators can prepare appropriately rather than waiting for it turn up unexpectedly at their door.

By enabling GTP processing to be off-loaded, traffic capacity can be increased by accelerating data paths and removing bottlenecks, which in turn, accelerates the GTP tunnels and packet filtering. This results in higher performance and vastly improves QoE.

It’s clear that IoT and the promises it brings are set to heavily shape the telecoms industry. Consumer demand to be consistently connected and to digitally communicate with anything from another phone to our kettle, highlights that this phenomenon is not going away anytime soon. As a result, the reliability of these connections will become vital for the growth and success of the IoT revolution. Dedicated IoT networks are being implemented and many are predicting that 5G will go some way to supporting the vast number of connections, but there are still likely to be problems with performance and reliability if the right solutions aren’t implemented.

For now, it’s important for operators to understand how SCTP and GTP can work both separately and together to enable the capacity that mass scale IoT network deployments will need. As new technologies develop that require network connectivity, it becomes incrementally important that basic network requirements, such as a reliable signaling process and secure authentication, are prepared and fully functional for IoT technology to run successfully.

The author of this blog is Robin Kent, director of European operations at Adax