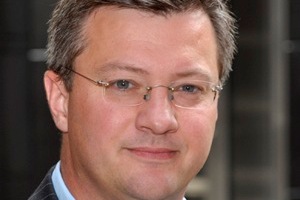 Until now, Machina Research has focused on publishing machine-to-machine (M2M) forecasts, covering numbers of connected devices and also the commercial opportunities flowing from those connected devices and associated services. It is, however, clear that the Internet of Things (IoT) encompasses much more than just M2M, and represents a far greater revenue opportunity than that represented by just M2M applications.

In order to publish IoT forecasts that reflect the true scale of the IoT opportunity, we have undertaken an initiative to forecast these ‘missing’ revenues. “Specifically,” says a spokesperson, “we have now added revenues associated with IoT-like applications that are powered by ‘exhaust data’ from M2M applications as well as more ‘horizontal’ revenue types such as application development and project work, which have not been included in our forecasts so far (other than indirectly, via M2M application revenues for deployed services, where relevant).”

Machina has, therefore, incorporated the elements below in the scope of its IoT Forecasts:

These new ‘IoT service’ elements account for USD294 billion in revenue in 2015, growing to USD1.9 trillion in 2025. Of these new IoT service revenue elements, by 2025 Europe will be the largest region, slightly ahead of North America, with both capturing more than USD500 billion.

Of Machina Research’s five sectors, Connected Living & Working, which accounts for the lion’s share of IoT connections, will also account for the largest portion of IoT service revenue.

As a result of adding these additional elements Machina Research’s overall forecast for the total value of the IoT market in 2025 is USD4 trillion, up from USD892 billion in 2015.

Commenting on the importance of these changes, Jim Morrish, founder and chief research officer of Machina Research commented, “These new forecasts represent a significant step forwards in analysing opportunities associated with our connected future, reflecting as they do our expectation that the concept of IoT will subsume almost all of IT within the medium term future.”

For more information on the growth opportunities associated with the Internet of Things, including more details on the USD4 trillion opportunity, please refer to the Research Note “Forecasting the totality of the IoT revenue opportunity” (April 2016).

However, Jim also commented that the figures should be interpreted with caution, “for instance, forecasting the revenue opportunity for an IoT platform will always be a far more complicated exercise than simply referencing estimates of market size. We do have existing frameworks for this kind of analysis and they are complex and detailed, and bear only limited relation to investments that are likely to be made in the platforms space.”