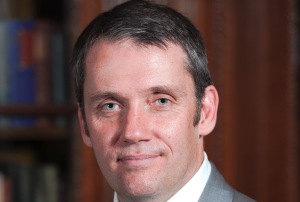 The Internet of Things (IoT) is changing the way we do business. Connected devices have exploded into every aspect of business and now decision makers are wondering how they can use them to best transform their corporation.

It all starts with understanding the IoT’s relationship with Big Data. We know that cloud computing is becoming the norm for businesses and consumers alike, meaning that the amount of data that organisations have to store, analyse and understand has, and continues to, increase exponentially. Business data worldwide alone, across all companies, doubles every 1.2 years. However, what we need to appreciate is that the IoT will also add further weight to these already-burgeoning data demands, says Marcus Jewell, vice president, EMEA, Brocade.

According to Gartner, we can expect more than twenty billion devices to connect to the internet within the next four years. This colossal figure reflects the fact that technology gurus and businesses are beginning to understand how valuable the data generated by connected devices can be. Take smart warehouses for example. Thanks to the IoT, warehouses can now automatically alert factories when supplies are low and stocks need replenishing.

Sensors can track customer space of a retail floor throughout the day with increasing levels of accuracy. Key insights derived from device data are helping businesses to save money and become more efficient. However, all of these processes rely on analysing and storing immense amounts of data, putting tremendous strain on company networks.

Here lies a problem. Many businesses are putting themselves at a disadvantage by still using legacy networks that were designed decades ago. Their networks were never planned with the IoT in mind, nor did engineers ever expect these networks to have to cope with technologies like cloud, social or mobile.

So when decision makers consider what they need to do in order to take true advantage of the IoT, their first priority should be looking at modernising their networks so they can actually handle the huge quantities of data generated by connected devices. Attempting to rely on outdated network infrastructures will hold their businesses back and potentially see themselves fall behind savvier competitors.

Modernising networks: how do businesses make ‘the next step’?

Companies looking to begin modernising now and make the most of the IoT need to adopt a New IP approach to their data centre networks. The New IP is the industry term for the next generation to networking. The New IP is a step above legacy networking systems, with a much greater ceiling for adapting to modern technology developments. It is software-enabled, user-centric and based on open standards.

Offering a new perspective on IP networking, The New IP is based on programmable networks rather than traditional hardware-led solutions. It helps IT departments provide workers with an agile and scalable network that can deliver data and applications to any device at any time, free from the constraints of limited expansion and flexibility. Perfect for handling big data.

That being said, organisations who do decide to make the leap into The New IP should exercise patience. The transition needs to be seen as an iterative process. Successful implementation will be based on adapting to technologies as they mature. IT staff will need to make the changes as and when they are required in order to future-proof their IT infrastructure. In other words, organisations need to use The New IP to move with the technology.

Where has The New IP come from?

Some business leaders may be wondering why they hadn’t considered The New IP earlier. It is a recently understood concept for many networking managers. However, those that understand it know that The New IP holds the key to unlocking the IoTs potential. The New IP’s superior networking potential will be the catalyst for a wealth of new technologies – decision makers would be wise to introduce it now. Not only would it allow their organisation to fulfil the IoTs potential as a transformative tool for business, but cloud, social and mobile too. The New IP will be the solid foundation businesses need to adapt and evolve their infrastructure for years to come.

The author of this blog is Marcus Jewell, vice president, EMEA, Brocade