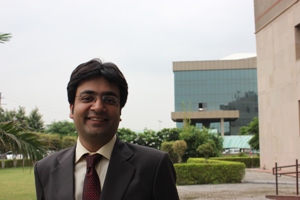 Recently, the Internet of Things (IoT) ecosystem has witnessed multiple partnerships. Some of the noteworthy alliances are listed below:

The importance of partnerships in IoT

For implementing an end-to-end IoT solution within each domain, there are specific products, skills and services that are required to be aligned. This involves multiple components, such as sensors; connectivity; hardware devices like smartphones, health devices; platforms; standards; business intelligence; analytics; artificial intelligence etc, says Tushar Bhatnagar, IoT project manager with TechMahindra.

IoT expertise limited to one area may not be enough for making partnerships a crucial element for success. The configuration of these skill sets varies from one use-case to another, thus, enterprises cannot view it as a one-off partnership. It needs to be an ongoing programme, which must be inculcated in the culture of the organisation, mandating IoT partnerships’ both at operational as well as strategic levels.

“Irrespective of a build or buy approach, IoT markets will strategically and tactically require enterprises to build partnerships and collaborations either for product and service development purposes, for creating channels to market, or for adding value to applications and services,” said Machina Research.

However, the most daunting challenge the enterprises are facing when it comes to embracing the IoT is the lack of security, privacy and interoperability of standards.

Standards are the backbone for growth

Standardisation of technology is imperative, as it increases interoperability of components and lowers entry barriers. Although having well-established standards is of paramount consideration, it is a painstaking task to define them for IoT in near future owing to the specialised communication protocols in each industry. Vendors are launching products without standards in place, which may lead to tiny islands of connected solutions, making them useful only in a specific way and creating an “Intranet of Things” instead of a more meaningful Internet of Things. Standards need to be established and defined in order to avoid creation of mere silos. As with any past revolution, the laborious task of creating standards cannot keep up with the pace of development of technology. At the same time, there is a high level of competition among enterprises leading to inclination towards a particular approach. To implement the process of standardisation in such a scenario is a challenging task. The complexity of these standardisation efforts has evoked comparisons to the VHS and Betamax competition in the 1980s.

There are multiple groups and consortia which are already focusing on defining IoT standards, such as – Open Internet Consortium (OIC), The Thread Group, The Industrial Internet Consortium (IIC) and IEEE P2413. But it’s difficult to predict how soon the standards will be implemented, as IoT space is sprawling, immature and fluidly changing.

Re/Code’s Ina Fried wrote, “there’s no way all of these devices will actually be able to all talk to each other until all this gets settled with either a victory or a truce.” In the meantime, we’re likely to see some debate among the competing enterprises.

“If this works out at all like past format wars, heavyweights will line up behind each different approach and issue lots of announcements about how much momentum theirs are getting,” Fried added. “One effort will undoubtedly gain the lead, eventually everyone will coalesce and then, someday down the road, perhaps all these Internet of Things devices will actually be able to talk to one another.”

Both partnerships and standards are crucial for the growth and success of the “Internet of Things”. Nonetheless, it might take a little time for standards to evolve and settle, as has been the case with the past standardisation wars. Even though standards are the backbone of IoT and are crucial for realising the true potential IoT holds for us, partnerships will currently hold more value as heavyweights tend to line up behind their approach. Therefore, the one that is widely accepted will eventually win. However, things are likely to get more turbulent before they calm down.

The author of this blog is Tushar Bhatnagar, IoT project manager with TechMahindra