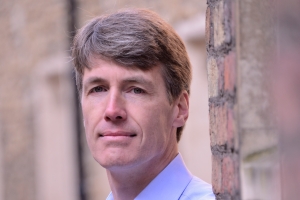 DevicePilot has announced the successful completion of its Angel fund-raising round, securing investment of more than UK£600,000 (US$867,000). This will allow the company to focus on delivering its DevicePilot service for Internet of Things (IoT) device management.

DevicePilot continuously monitors and manages connected products over their complete lifecycle as more IoT projects move from pilot stage to deployment at scale, with thousands or millions of devices.

DevicePilot (originally called 1248) is said to have come a long way in the past two years. “Since starting the company we’ve delivered IoT technology with some great partners,” said DevicePilot CEO, Pilgrim Beart. “For example, our HyperWeave universal IoT gateway for ARM and our leading role in the development of the IoT Hypercat standard.

“But as we engaged with more and more connected-product companies across many different verticals it became clear to us that they all suffer from the same problem as they scale – managing their devices,” said Beart.

DevicePilot is now building a universal answer to this critical barrier to IoT expansion and is reportedly in alpha stage with a range of customers, both big and small, to help them to manage their growing device estate. DevicePilot Asset Management provides information on what devices have been deployed in the field, who has them, where are they and what software are they running, for example.

It will also monitor how many devices are actually working and use a triage process to discover any problems, while the Lifecycle Management functionality pro-actively configures and updates devices from deployment to end-of-life.

“We ended-up being significantly over-subscribed for this round, which is testament to the strength of the team, the product focus and the exciting growth of the IoT market,” said chairman Rob Dobson. CEO Beart and Chairman Dobson have each previously achieved $100m exits from new tech businesses and have a wealth of experience in scaling-up connected devices.

Angel shareholders in this round include:

DevicePilot also boasts an impressive Advisory Board, including the inventor of the webcam Quentin Stafford-Fraser; the founder of the world’s first IoT platform Usman Haque; Telefonica’s IoT MD David Taylor and senior personnel at ARM plc. The University of Cambridge owns a 1% “Gift Share” in recognition of Pilgrim Beart’s time as a Visiting Fellow at the University’s Computer Lab.https://www.cl.cam.ac.uk/gift-share/