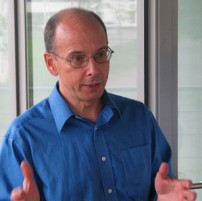 Kings Hill, Kent, UK. May 17, 2016 — It is with the greatest sadness and regret that we have to report that Alun Lewis, the editor of IoT Now print magazine has passed away.

With more than 30 years’ experience in marketing communications, public relations and journalism he brought an extraordinary range of expertise and depth of knowledge to the role, writes Jeremy Cowan. A Welshman through and through, he graduated from the University of Bristol, and during the 1990s worked for Nortel EMEA as PR client for eight years, plus time at Cable&Wireless and Bellcore.

To those who knew him it was no surprise that Alun then achieved success as a freelance writer, advisor and editor, a “portfolio career” (to borrow his phrase) that he enjoyed for more than 20 years. In this time he contributed to many of the leading UK-based international telecoms publications, websites, and national newspapers, delivering well-written articles, original white papers and stimulating cases studies for many vendor clients.

He was also a man of kindness, wit and humour, who brought his wide reading to bear on digital services. When others struggled to define this evolving market he punctured the industry’s pomposity, coining the phrase “the industry formerly known as telecoms”. He was fond of quoting Lewis Carrol who wrote of the White Queen in Through the Looking Glass, recommending the importance of “believing six impossible things before breakfast – for practice.”

His self-deprecating humour was seldom far from the surface. He said that he had been covering this industry for so long that he was, “almost part of the furniture in the telecoms industry – if not the actual infrastructure.” Alun gained expertise in all areas of wireless, especially LTE, OSS/BSS (operations and business support systems) , revenue assurance and fraud, security, IMS, Digital Home, M2M/IoT, Smart Cities, Content Management and TETRA with mission-critical communications for the emergency services, utilities and transport. If there was an area of communications that he hadn’t covered we never found it.

He contributed regularly to our sister title VanillaPlus, indeed he and I shared several bottles of Rioja before coming up with the crazy name that helped the telecoms business publication to make its mark in a crowded magazine market in 1999.

Alun never lost his love of travel. He happily owned up to several “missing years” in the late 1980s where his travels took him to Pakistan, China, USA and Australia, but above all to India for which he held a lasting fascination.

Shortly before he joined IoT Now as magazine editor, he edited Delivering the Digital Economy, a book by Martin Creaner, the TM Forum’s founder, former CTO and president.

For the directors of IoT Now‘s parent company, WKM Ltd, it was one of the easiest decisions of our careers when we offered the role of magazine editor to Alun in 2014, and we were as excited as he was when he accepted. He took on the task with energy, enthusiasm and intellectual rigour, aspects appreciated by clients and colleagues alike, and the title continued to grow.

With Alun’s passing we have lost an intellectual giant and quite simply one of the finest technology writers and journalists of his generation — Globally. Period. End of.
We now have the unenviable task of trying to match his knowledge and follow his editorial example. For the time-being, I will return to editing IoT Now magazine with the support of a loyal team of staff and freelancers.

The next issue of IoT Now will be a Tribute Issue to Alun Lewis’s memory and a chance for those who knew him best to say what he meant to them. Meanwhile, the Directors and Staff of IoT Now and VanillaPlus extend our heartfelt condolences to Alun’s family
and many friends. We are thankful that our paths crossed his, and will cherish
our friendships a little more today, as he reminded us. Personally, I feel better for having known him, and a little wiser for every time I listened to him.

In shared sadness and appreciation.

Jeremy Cowan
For the Team at VanillaPlus, IoT Now and IoT Global Network