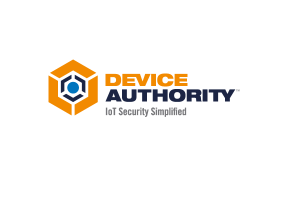 Device Authority, the global provider of policy and device-driven security for the Internet of Things (IoT), announced the availability of the latest version of its IoT security platform.

With this release, the Device Authority solution meets the needs of enterprises seeking to increase the security of their IoT data flows.

Illustrating concerns around the security of data within IoT ecosystems, Gartner predicted that by 2020 over 25% of all identified Enterprise data breaches will involve IoT in some shape or form.

“With this announcement, we are solving a critical industry problem”, said Darron Antill, CEO of Device Authority. “Customers in highly regulated industries needing to move sensitive data within the IoT will not be held back by security concerns. Cost-effective, compliance driven enterprise security, for the IoT and M2M market has arrived.”

This release represents the first major version since the recent merger of Cryptosoft with Device Authority and includes Version 2.0 of its unique security extension for the PTC ThingWorx IoT Application Enablement platform. Version 2.0 of the ThingWorx extension includes the ability for IoT application developers to leverage the unique dynamic key capabilities of the Device Authority solution.

Device Authority are silver sponsors at LiveWorx in Boston on June 6th to 9th. Visit the Device Authority stand C6 to see the new IoT security platform and extension in practice.

“Our promise has always been that IoT application developers must be able to secure data and devices across the IoT and M2M ecosystems in a way that isn’t confined by the approaches associated with traditional transport level security,” said Talbot Harty, CTO, Device Authority. “By combining our dynamic device bound keys with granular policy driven encryption, the Device Authority platform is a game changing solution to this problem.”