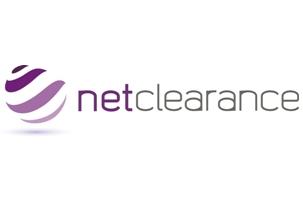 The sensors are integrated into one IC board smaller than a one penny piece allowing extremely small form factors for novel use cases such as home care monitoring. A simple coin battery can last several years, taking Internet of Things sensors to places and applications that have not previously been possible.

The mBeaconSense embeds temperature, vibration, accelerometer, magnetic, and light sensors into a 15mm x 20mm circuit board making it the industry’s smallest beacon to incorporate multiple data sensors into one device. This can be combined with the Netclearance’s gateways to create a next generation IoT ecosystem with tiny devices transmitting sensor data to the cloud.

Various scenarios can be programmed into the device using the basic processor and small amount of on-board memory. Any of the sensors can utilised to start the device transmitting data when certain threshold conditions are met, such as when a temperature is breached or a large accelerating force is detected.

Devices are entirely customisable for the end reseller, with many applications possible including home care, security, wearable devices, retail and in industry. Size and battery life is no longer a barrier to implementation for multi-sensor beacons.

“The launch of mBeaconSense addresses a gap in the marketplace by offering a tiny IoT device with many use cases that can be used alone or with our suite of gateway beacon devices to make it a fully internet capable device.” said Jonathan Duffy, executive director of EMEA, at Netclearance. “A sensor doesn’t mean much unless there is a powerful gateway to collect and analyse the data. We already had the servers, the analytics, and the gateways. The mBeaconSense was the missing piece.”

The mBeaconSense additionally incorporates a real-time clock and an active RFID tag that can be used both as a hybrid passive and active tag, further adding to its abilities by allowing it to be a time capable smart tag with sensing and NFC (near-field communication) built-in. All these features open up myriad possibilities for new sensor applications using connected devices.