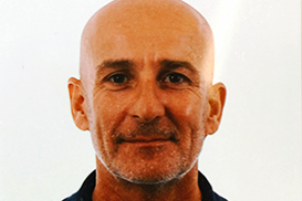 LightCyber, a provider of Behavioural Attack Detection solutions, announced that it is making its unique solution for detecting active network attacks available to the UK market for the first time.

Early detection of network attackers gives organisations the ability to curtail data breaches and prevent other consequences. LightCyber, with its dual headquarters in Israel and Silicon Valley, recently established its European headquarters in the Netherlands and inaugurated an EU-based cloud for its Magna Cloud Expert System to comply with the EU Data Protection Directive (Directive 95/46/EC).

This year the World Economic Forum listed cybersecurity as one of the greatest threats to businesses around the world. Lloydshas estimated that cyberattacks cost businesses US$400 billion per year. A UK survey earlier this year showed that 88% of Brits believe that cybercrime is as big a threat as physical crime. Despite such results, the UK and other countries are likely not seeing other consequences from network attacks, such as data manipulation and sabotage. Only 28% of cyberattacks in the UK are reported, according to information from the Institute of Directors.

To address escalating threats of cyberattacks, the LightCyber Magna™ platform uses behavioural profiling to learn what is normal on the network and endpoints, and thereby detect anomalous attacker behaviours that are, by-necessity, required to perpetrate a successful breach or conduct malicious goals, including command and control, reconnaissance, lateral movement and data exfiltration.

These behaviours can be identified early to reduce attacker dwell time and curtail the activity. At the same time, Magna can identify harmful activity from insiders—rogue or unintentional actions from employees or contractors—that is either malicious or unknowingly dangerous. Magna is differentiated by the accuracy and efficiency of the alerts produced, as well as the supporting contextual and investigative details that greatly enhance the efficiency of a security operations team in its detection and remediation operations.

LightCyber works exclusively through local security resellers and is currently formalising agreements with several firms. It will unveil its channel programme for the UK shortly. By partnering with expert resellers and consultants, LightCyber can better meet the needs of companies and organisations while scaling its resources to meet the market demand.

To meet EU data laws, LightCyber has established its Magna Cloud Expert System within the EU to provide augmentative automated investigation detail and threat intelligence to support results found by Magna appliances. Within each network, Magna only works with metadata and does not collect any network packet details or personal information.

“We are excited to bring our novel Behavioural Attack Detection solution to the UK market, working with local experts to reduce the growing threat of targeted attacks and data breaches,” said Paul Couturier, EMEA vice president, LightCyber. “Undetected, a network attack can lead to severe business consequences and damage. Due to the absence of any mature attack detection solutions, the overwhelming majority of businesses today have very poor visibility into attackers that have circumvented the threat prevention infrastructure and are already operational on the network. Our Magna platform was built to help organisations turn the tables on these cyber attackers, and to provide accurate and efficient visibility into these active attacks.”