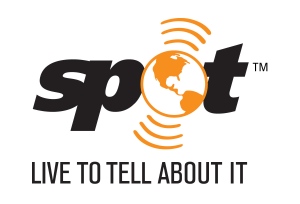 Globalstar Europe Satellite Services Ltd., a wholly-owned subsidiary of Globalstar Inc. and provider of satellite messaging and emergency notification technologies, has revealed that its SPOT Gen3 safety device was instrumental in rescuing 22 participants in this year’s MARATHON DES SABLES (MDS), said to be the world’s most extreme running race.

Each of the 1,250 competitors ran the 250 kilometre race across the Sahara Desert with a SPOT Gen3 on their backpack, allowing MDS race organisers, emergency support teams, sponsors, family and friends to precisely track each runner’s location through a service hosted by WAA Tracking, a Globalstar VAR partner and geolocation solutions specialist. The one-touch SOS button on SPOT Gen3 also gave competitors an easy way to let organisers know if they got into trouble. During the gruelling multi-stage race across the sands of Morocco, the MDS team was able to locate precisely 22 competitors in distress and quickly dispatch rescue personnel. At one point the team was coordinating the simultaneous rescue of six separate competitors. All race marshals also carried the small, rugged devices, and they were attached to security vehicles, medical vehicles, helicopters and even a camel.

With temperatures up to 50 degrees Celsius, sand storms and tough terrain, competitors did occasionally miss the markers and stray off course, however, WAA’s geo-fencing software alerted the support crew to quickly dispatch a rescue team.

Day three of the event was the busiest day for emergency assistance, with 11 rescues occurring due to extreme heat and sandstorms. Each incident involving a ground crew was completed in just minutes and two helicopters were nearby in case their assistance was required.

Patrick Bauer, CEO of the MARATHON DES SABLES, commented, “This year’s event was one of the toughest we have known, especially the first couple of days which saw extraordinarily high temperatures and fierce winds whipping sand around, reducing visibility and resulting in high levels of dehydration. The SPOT Gen3’s real-time tracking and SOS button ensured we could quickly help those competitors who were struggling, reducing the risk of them dropping out.” WAA’s customised tracking website hosted 180,000 unique visitors during the event which was held 8-18 April, while over 3 million unique visitors followed the event via official social media platforms and websites. By following the competitors’ progress, supporters around the world knew when to watch the live finish on the webcam.

In one incident, when a competitor started veering off-course, WAA Tracking’s geo-fencing software alerted race headquarters instantly. The competitor was moving away from the official route in an area that was particularly difficult to access, even for the team’s experienced 4×4 drivers, so one of the race organiser’s two helicopters landed close by. The doctor on board checked the athlete’s health and declared him able to continue the race. The crew advised the athlete how to get back on course since any competitor who is transported is automatically disqualified.

“With communications options very limited in the vast expanses of the Sahara, satellite is the only reliable option to stay connected,” said Gary King, SPOT regional sales manager, Globalstar. “SPOT Gen3 and WAA Tracking’s software ensured MDS operations ran smoothly and kept all the competitors safe during this extraordinary event. Our small, affordable tracking device has, once again, proven to be a vital tool for MDS competitors and organisers.” 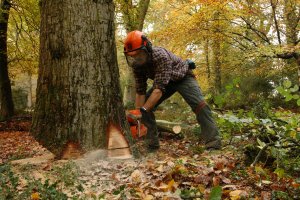