Home › Blogs › What does the future of wearable devices look like? 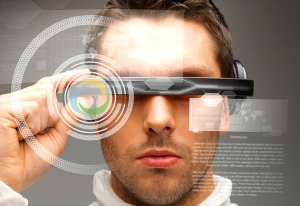 Many experts claimed that the wearable tech industry is maturing, especially since ownership of smartwatches and smart headsets are projected to increase in the coming years.

Gartner published research that revealed wearable device sales worldwide are projected to grow by 18.4% this year.

“Though the sales of smartwatches are the one of the strongest types of wearables, their adoption will remain much below sales of smartphones. For example, in 2016 more than 374 million smartphones will sell in mature market countries and in large urban areas of emerging market countries, for example, in Hong Kong and Singapore,” said Angela McIntyre, research director at Gartner.

But what does the future hold for the wearable tech industry? Read on below to get an idea of what to expect in the future, says freelance writer JB of JTechnology.

Most VR devices are still dependent on its paired technologies to run, but this won’t last for long. Amongst the many tech manufacturers on the market, Samsung is focused on producing innovative and revolutionary technologies for the future. They have successful wearables that are making sales currently, from their VR headset to their smartwatches. But, recent reports claimed that the Korean tech giant is working on an untethered and dedicated VR headset that doesn’t need to be paired with any other devices (smartphone, tablet, PC or console).

This isn’t a new direction for Samsung as they were able to defeat their competitors in the smartwatch arena when they released their standalone Gear watch that had its own built-in Nano SIM slot. Although a Samsung representative confirmed the news, he said it might take them a few more years to complete it. Currently, the tech giant has bundled their Gear VR with their latest flagship, Galaxy S7.

Based on the information published by O2, customers gave the handset an overall rating of 4.9-star out of 5 for its great performance and upgraded functionalities, one of which is the built-in cooling system that ensures the handset doesn’t experience overheating from excessive use. Thus, even with continuous usage of Galaxy S7 on the Gear VR, it won’t stop working due to overheating. Hopefully, Samsung will be the first to release a standalone VR tech, as Google is also rumored to be developing their own dedicated VR device.

Wearable devices are commonly linked to the healthcare industry, as the popular smartwatches have been notable for their health tracking and managing features. However, expect that wearables will soon be focused on specialised health assistance rather than the basic ones (heart rate monitor, stress level tracker etc.).

The most recent news related to this was Google’s plan to release a contact lens that can monitor blood glucose of patients non-invasively. According to Brian Otis of Google X team, they are now developing a smart contact lens that can measure glucose levels in tears. It will be using “a tiny wireless chip and miniaturised glucose sensor” that is embedded in the thin layers of the lens. Google currently calls it ‘Project Iris’. It hopes to counter the growing number of patients with Diabetes in the future.

The most futuristic concept of wearable technology is forecasting implantable microchips that will be inserted into the human body. There are early adopters of implantable RFID technology although very minimal. Said tech promises to keep personal information safe and help to save time automating processes, such as wirelessly paying for groceries at shops as well as unlocking doors at home, even without the use of a key. The RFID is a chip that has a built-in antenna and a capacitor that sends radio frequency energy from reading devices wirelessly.

Scientists said the implantable microchips are “unavoidable,” especially now consumers want to live a life where everything is done quickly and efficiently.

Government and tech companies will lead the way by presenting the reasons why users need to be a ‘verified’ human. Livestock and pets are the most common user of RFID, where an implantable tag is widely used as a valuable tracking tool for large ranches and in our home environments. And it might not be long before, humans are also implanted with this specific microchip.

The future of wearables looks very promising at this point. Although it might take longer than expected before they replace mobile devices with wearable devices slowly becoming a reliable technology for different industries.

The author of this blog is freelance writer JB of JTechnology.