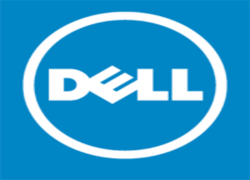 Dell has announced new and promoted partners to the Dell Internet of Things (IoT) Solutions Partner Program and winners of the “Connect What Matters” IoT Contest.

The addition of VMware, Nokia, Eurotech and others to the program allows Dell to provide more technology choices for customers and unlock new market opportunities. The promotion of DGLogik, Exara, and FogHorn from Registered to Associate tier demonstrates that partners can advance in the program based on established success criteria.

Dell is also celebrating the one-year anniversary of the formation of its IoT division, signifying its commitment to the advancement of data-driven innovation and digital transformation. While Dell has many years of experience helping organisations harness, manage and analyse sensor and machine data, the launch of the IoT division and Dell’s first purpose-built IoT solution, the Edge Gateway 5000 Series, was an important step toward enabling real world IoT solutions for businesses. “We’re proud of the progress that we’ve made this past year,” said Andy Rhodes, executive director, Commercial IoT Solutions, Dell. “With the launch of the Edge Gateway and Embedded Box PCs, our quickly growing partnership program and now our successful IoT Gateway Contest, our efforts underscore Dell’s deep commitment to driving IoT adoption for real world use.”

Dell and Intel hosted the “Connect What Matters” IoT Contest from October 2015 to March 2016 to encourage businesses large and small to submit interesting, practical, data-driven ideas. The platinum winner is V5 Systems, a provider of portable, solar-powered security and Industrial IoT solutions.

This technology can be deployed without being tied to power or data cables for applications from law enforcement to agriculture to other outdoor uses. The portable units contain analytics, multiple sensors (including video, acoustic and chemical detection), power, computing and Wi-Fi and cellular communications. V5 evolved its intelligent security platform to support more use cases and technologies by working with Dell OEM Services to provide intelligent gateways for use at the edge of networks expanding Industrial IoT applications.

Based on TECHnalysis Research’s Enterprise IoT survey, regardless of company size, many organisations are interested in working with systems and operations integrators that specialise in IoT. Dell’s continued expansion of its IoT Partner Program, which now consists of almost 50 companies, is designed to offer customers a broad spectrum of industry-specific expertise in conjunction with Dell’s reputation as a global leader in computing technology.

LIOTA also acts as a bridge to VMware’s AirWatch® and VMware vRealise® Operations™ to allow customers to configure, monitor and deploy millions of things from one console, view device health and act on anomalies as they arise. With Liota open-source SDK, developers can write applications that interact with any data center component, over any transport, for any IoT gateway.

In the spirit of the program, three partners that have demonstrated differentiation have been promoted from the Registered to Associate tier. DGLogik offers an end-to-end platform for Industrial IoT and Building Automation applications with a particular focus on enabling the rapid creation of rich data visualisations with its DGLux offering.

“Working with Dell has allowed us the opportunity to expand our product offering and our product vision with the Industrial IoT as our primary focus,” said Mazin Bedwan, co-founder and president, V5 Systems. “We have integrated the Dell IoT gateway into our technology offering taking edge computing and Industrial IoT to the outdoors; where it belongs.”

“Working together with our customers and partners, including gateway vendors such as Dell, VMware is paving a way for IoT innovation across industries,” said Bask Iyer, chief information officer, VMware. “Our Liota open source SDK provides the libraries to develop apps that connect and orchestrate data and control flows across things, gateways and the cloud.”

“As IoT moves from hype to reality, the diversity of applications and use cases among the IoT Innovation contest winners clearly demonstrates the value developers and customers can capture by implementing real IoT solutions.” said Jonathan Ballon, vice president in the Internet of Things Group (IOTG) and general manager of the Markets and Channels Acceleration Division from Intel. “Through our partnership, Dell and Intel are able to provide re-usable building blocks that will help these applications scale in the future.” 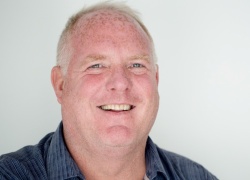 Infotecs to showcase secure connectivity from any device at the Security of T...
Next