Home › Blogs › Will autonomous cars hit the consumer market by 2020? 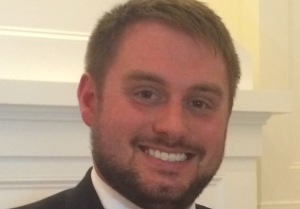 Discussions about the development of driverless or autonomous cars tend to be exciting, but somewhat vague. We know that the technology exists, and that it’s being developed by auto manufacturers and technology companies alike.

But when we hear about autonomous cars hitting the market, we’re really talking about several different facets of a gradual development. Self-driving car concepts can be divided into semi-autonomous and fully autonomous. Additionally, self-driving cars being on the road and being available to the average consumer are two very different things, says freelance writer, Charles Bell.

According to Business Insider 10 million self-driving cars will be on the road in five years’ time. This analysis looked at different types of self-driving cars (semi-autonomous and autonomous) and divided expectations for different stages of the technology. But including all cars with self-driving features, the report reached the 10 million-vehicle forecast for 2020.

Despite this enormous number, it was pointed out that there are still some serious obstacles. Specifically, costs need to come down and regulations need to be developed and clarified if driverless cars are to hit the mainstream consumer market.

In addition to cost and regulation concerns, there are subtler aspects of the driving experience that autonomous or semi-autonomous vehicles haven’t quite mastered yet. A recent Networkfleet article arguing that automated driving systems still require a human touch pointed out that human drivers communicate in ways computers can’t interpret. For instance, subtle glances, inching forward before changing lanes, using a hand signal or wave, etc. are all subtle human behaviors that play significant roles in road safety and communication.

But because computer systems have trouble accounting for these behaviors, the transition to fully autonomous cars on the consumer market could be slower than some expect.

The same article, however, pointed out that semi-autonomous vehicles are going to be tested on possibly the largest scale yet within the year. Specifically, Lyft and General Motors Co., who previously, are expected to unleash a fleet of such vehicles in an unnamed city before the end of 2016. But in keeping with the idea that we’re a long way from fully autonomous vehicles on the road, these self-driving vehicles are expected to have human drivers to keep an eye on things.

With all this said, it has become fully apparent that companies involved in this technology remain focused on delivering a fully autonomous experience to consumers. As we wrote back in January, Volvo and Ericsson are so confident in the autonomous vehicles Volvo wants to roll out that they’re working on media streaming to allow drivers (or perhaps riders) to get the most out of commutes that are managed for them.

Ultimately, it’s clear that the goal remains for driving to be fully automated, perhaps even within the next decade. However, when we hear about self-driving vehicles, it’s important to recognise that this will be a gradual change, and it’s unlikely that the average consumer will be riding hands-free in the next five years.

The technology needs to be perfected and tested, and even then regulations will have to be put in place. From there it will simply become a matter of pricing. But it’s starting to feel as if we’ll be seeing a lot of driverless cars by 2020, just not necessarily buying them as our everyday vehicles.

The author of this blog is freelance writer, Charles Bell