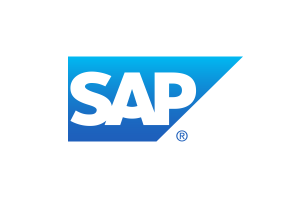 A new study commissioned by SAP has, said the company, revealed a strikingly low level of investment in Internet of Things (IoT) technologies among UK manufacturers despite a strong appreciation of its potential.

According to the study, which polled over 100 senior executives in the UK manufacturing sector, almost a fifth (19%) expected no investment in IoT-related technologies and platforms this year, whilst the average investment anticipated was under 8% as a proportion of the overall IT spend.

These relatively low levels of planned investment were in contrast to an appreciation of the potential positive impact the IoT can have. Over half surveyed (51%) saw cost reductions as a major potential impact of IoT technologies. Other possible benefits noted included an improvement in product development (mentioned by 38%) and procurement and supply chain management (mentioned by 30%).

“IoT is set to have a major impact on the manufacturing sector and it’s encouraging that businesses see the potential benefits technology can bring to provide better insights, proactive actions and improved outcomes,” said Nayaki Nayyar, GM & head of IoT Go to Market for SAP. “Industry 4.0 and the Internet of Things can enable end-to-end transformation for manufacturing companies and connect the shop floor to the top floor, optimising supply chains and manufacturing operations and ultimately helping them stay competitive.”

With recent Gartner research claiming that by 2020 there will be 25 billion internet-connected things, the analyst house estimates that the IoT will produce close to $2 trillion of economic benefit globally with manufacturing being one of the top two industries to see the impact.

Despite the huge potential, the study also revealed that clear challenges to adopting IoT platforms and technologies exist. Almost half of respondents (47%) identified a lack of awareness and understanding as the main barrier, followed by outdated legacy technology (mentioned by 43%) and concerns around data protection (mentioned by 42%). Other challenges facing IoT adoption in the manufacturing sector included a lack of on-the-ground examples of the IoT in use. According to the study only one in five (20%) have seen an IoT application in practice.

Encouragingly, despite the challenges identified through this research, a sizable proportion of manufacturing executives saw IoT technologies as a career booster, with almost half (48%) stating IoT innovation will lead to higher value job opportunities in the future.