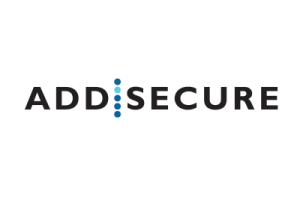 The Swedish-Norwegian technology company AddSecure has signed a definitive agreement to be acquired by ABRY Partners, an American private equity firm.

AddSecure is intended to strengthen ABRY Partners’ strategic direction towards new technology, focusing on the Internet of Things (IoT).

“We have great ambitions for the company, and are happy to welcome an experienced investor who shares these ambitions,” said Stefan Albertsson, CEO of AddSecure.

AddSecure was established after the merger of the Norwegian companies Safetel and Securinet and Swedish company Multicom Security in 2014. AddSecure has specialised in secure communications systems since the 1970s, and has a total of 120 employees in Norway and Sweden.

Arma Partners acted as exclusive financial advisor to AddSecure on the sale process. It is an independent Communications, Media and Technology-focused merger and acquisition advisory firm with offices in London, New York, and Palo Alto.

“AddSecure has managed to achieve a unique position within the Scandinavian secure communications market. Scandinavian tech companies are at the forefront of global development, and we truly believe AddSecure has the potential to establish itself as an international M2M communications player in the coming years”, said Rob Nicewicz, principal at ABRY Partners.

Expanding to the Internet of Things

To AddSecure, the transaction marks the beginning of a new and exciting phase in the development of the Company. AddSecure is developing solutions for the growing market of IoT technology via a simple and safe platform for connecting many devices with users. The Company launched its first category solution, Secure Connect, during the technology convention IoT Talks in Stockholm two weeks ago.

“For us, the Internet of Things constitutes a great opportunity in a quickly emerging market. The need for safe and simple communication solutions is vast, and this will be a focus area for us going forward. With ABRY Partners we have an investor who shares our ambitions for the Company, and we are looking forward to further growth as part of their impressive portfolio”, said Stefan Albertsson, CEO of AddSecure.

The technology company AddSecure was established after the merger of the Norwegian companies Safetel and Securinet and Swedish company Multicom Security in 2014. Safetel has since its inception maintained an all-Norwegian production line of both hardware and software. The Company produces its hardware at production company ToPro in Gjovik, ensuring short delivery times and total control over production. Management is set on continuing this key success factor with the new ownership structure.

“Our strong local position in both Norway and Sweden is an essential part of our DNA and the secret of our success. This was an important point for our new investors and is a business structure we will continue to grow in the future”, said Albertsson.