IoT projected to be the first US$10tn IT market – really? - IoT Now News - How to run an IoT enabled business

Home › IoT News › IoT projected to be the first US$10tn IT market – really? 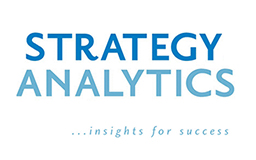 Strategy Analytics has developed IoT market sizing and forecasts starting with a consistent definition for that market. The analysis examines the IoT market within the context of overall IT expenditures and the global economy. Beginning with an estimate of a market at $150 billion in 2016, IoT is projected to grow to $550 billion in 2025. While a far cry from some forecasts calling for trillions of dollars of market opportunity, SA believes that $0.5 trillion in 10 years is realistic. Further research is required to determine if IoT will boost the overall rate of corporate IT investment or will just grab an increasing share at existing IT investment rates.

Analysis of the market potential for the Internet of Things (IoT) can be characterised by both the excitement about its size and the vagaries about the definition of what it is. For the first time, some forecasters and vendors have projected a technology market in terms of trillions of dollars per year when referencing the IoT market.

In order to provide clarity and reduce the hype associated with this opportunity, Strategy Analytics has conducted
research to

At the heart of the definition is a system value chain for capturing sensor-based information, transporting it over the internet, collating it in a database, and potentially using analytics to yield actionable information. The definition excludes a variety of machine-machine applications that do not involve sensor data as well as general security monitoring and video systems that do not involve sensor information or use non-internet communications.

SA’s analysis examined the question of the impact of IoT on total corporate IT spending and assumes that it is more likely that IoT spending will compete for a growing share of IT spending, which typically runs at about 3.5% to 4.5% of revenues. Projections by some analysts that IoT will create trillions of dollars of new spending require heroic assumptions on boosts in business spending on total IT. IoT is projected to be a very sizable opportunity and will have a major impact on business processes and practices enabling cost reduction and greater value-added over time. Based on SA’s core IoT definition, IoT is unlikely to be a net boost to total IT spending. Much of the market potential may already be captured in other projections for the cloud, Big Data analytics, and projections for system integration activities.

Further research on the journey to IoT adoption by corporate buyers is underway at SA to determine the driving force, barriers to adoption, and decision processes driving IoT adoption. Further insights on the net impact on IT spending is being gathered through this research.

Never in 50+ years of forecasting for the technology business has an industry seen such big projections based on so little data. There are forecasts by some analyst firms and some technology companies for IoT projecting a market in the range of $3.0 trillion to $10.0 trillion per year within the next ten years. Never have marketing people and planners regularly made the statement “this market is so big I really don’t care about the numbers”. Analysts and companies are using the “T-word”, trillions, to describe the IoT market. Seriously, a technology market projected in the trillions of dollars is a new concept in and by itself.

Interpretations of such projections are made more difficult by failed clarity in defining what is included or even what is not included in the category. With most forecasts or estimates of market sizing, there is an attempt to largely identify the nature of the item being explained. In the case of IoT:

From the perspective of Strategy Analytics as well as a number of other analysts, at the core of IoT is the predecessor category of M2M or Machine-to-Machine communication. M2M does not refer to computers connected via distributed processing or networked connections. It specifically refers to systems that: This M2M business was telemetry used for trucking, pipelines, and remote equipment. It did not include video monitoring of sites for security as an example. There were grey areas in this definition including early efforts in automotive to report airbag deployments in cars through e-call/b-call systems. Using this definition, the M2M business was $15B in 2010 and is projected to be $35 billion in 2016. At minimum, the same applications that are found in M2M could be included in IoT if they were implemented with the following aspects:

Three factors have changed this definition and changed the projections of the IoT market:

So with the potential to put sensors on every person and everything, couldn’t this market be worth $10 trillion per year? As the informer known as Deep Throat told reporters Woodward and Bernstein during the Watergate investigations, you have to follow the money to find the answer. Where does the money come from to create the internet of things? The answer is largely businesses and institutions that invest in Information Technology applications.

The market for IoT is the value of goods and services that will be spent by companies and institutions to develop, install, and operate IoT applications. This money is a subset of total IT-related expenditures which includes all development professional services, installation services, operating expenses, hardware and software, and communications services needed for operating these applications.

One way to follow the money is to do a waterfall analysis starting with the global economy:

This market has grown significantly since 2013 when it was in the range of $50 billion. The core application was monitoring expensive equipment and infrastructure using sensor data as inputs. As stated at the beginning of this Insight, using a focus on sensor based data systems and applications, this market is currently a $150 billion class market, significant by any standard. That said, $150 billion pales beside the hype of IoT market sizing and the expectations for a market with the potential for multiple-trillions of dollars per year of revenues.

The forecast for IoT is based on several key assumptions:

With these assumptions, SA’s IoT forecast in this scenario is shown below. At $150 billion in 2016 growing to over $500B in ten years, the market for IoT is large and growing rapidly. Its importance to the IT business is clear. On the other hand, it is not trillions of dollars. It is a fraction of a trillion dollars.

Is there something missing?

A situation where there is a multi-trillion dollar difference in market projections is unprecedented. It begs the question of whether the difference can be addressed through some variant in definitions which would require indeed quite a different definition of the IoT market. The obvious candidates must first address the observation that:

It is possible that buyers might find IoT applications so compelling that they would raise their investment ratios. In order to justify this action, IoT would have to deliver a significant improvement in the total cost of operations to the firm. Companies would then be able to justify the expenditure through a reduction in labor costs or a reduction in total cost of operations. While always possible, this type of productivity gain, leveraging labor through capital, has been the key source of justification for much of IT investment over the years. The ability of IoT applications specifically to justify an increase in the rate of investment is questionable. Whether IoT justifies a much higher than general automation, Web-based commerce, CRM, ERP, CAD/CAM and other business areas affected by computing and IT is a key question. It is far more likely that IoT will compete for investment funding with other IT options.

There is an additional possible source of missing opportunity and that is in the fundamental definition of what is included as the IoT opportunity. As President Bill Clinton once stated during testimony regarding some of his extracurricular activities, “it depends on what your definition of “is” is.” The concept of Smart and Connected Appliances as an example was introduced for the first time in a Strategy Analytics predecessor study in 1988 called “The Interactive Home”.

Twenty-eight years ago, SA projected that appliances could be connected over digital networks in the home and over wide area networks to computer to report maintenance issues using ISDN. At the time, the question arose as to how big the market for smart appliances might be. Given that manufacturers in particular are always interested in new opportunities, the discussion centered on three questions:

The answers at the time were:

Whether the category is Smart Appliances, or Smart Homes, or Connected Cars, the value of interest is the incremental value of the installations contemplated above the standard offering plus the cost of the systems and support which handles the data generated by the sensor systems in the Smart/Connected nodes.

SA’s analysis indicates that IoT will be a major opportunity with the potential to generate $500 billion in revenues per year within ten years from a starting point in the $150 billion range in 2016. While quite large, this level of market is not trillions of dollars nor is it necessarily going to change the trajectory of IT investment overall. Key questions beyond the size of the IoT market remain which will be answered by SA’s ongoing IoT research:

SA’s research on the Buyer Journey to IoT adoption will provide answers to these questions through the use of indepth, Enterprise Ethnography with key decision makers and influencers for IoT. SA’s forecasts indicate a cumulative opportunity over the next ten years of about $3.5 trillion globally within a $41 trillion IT business. Whether the $41 trillion is expanded by IoT remains the critical question for firms like HP, IBM, SAP, Microsoft, Accenture, Cap-Gemini, Dell, and others in the IT business. How the buyers of these IoT systems experience the implementation and reap the benefits of IoT will determine the rate of implementation and remains a key risk to market development.