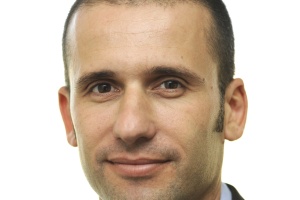 Eran Eshed, co-founder and VP of Worldwide Sales and Marketing for Altair

Altair Semiconductor has announced that TechPLEX is utilising Altair’s FourGee-1160 Category 1 (CAT-1) chipset in three IoT modules that have been certified for use on KT’s nationwide network.

The Altair chipset addresses the key IoT issues of cost, power consumption and coverage to enable optimised modules and devices that support advanced features such as VoLTE and LWM2M device management. The FourGee-1160 also integrates a power-optimised MCU subsystem with enhanced security, facilitating end device applications running on the LTE baseband chip without the need for an external MCU.

“LTE penetration in South Korea is among the highest in the world, and cellular IoT adoption is quickly on the rise,” said Eran Eshed, co-founder and VP of Worldwide Sales and Marketing for Altair. “We are pleased to collaborate with TechPLEX and KT to provide our market-leading cellular IoT solution and enable the introduction of attractive, cost-effective IoT services.”

“Altair has consistently proven that its CAT-1 chipsets are able to meet the most aggressive power and feature requirements we expect to implement in a wide range of IoT applications,” said Byungkyun Kim, PhD, vice president of Device Business Unit, KT.

Altair’s FourGee-1160 is the first chipset designed and optimised exclusively for LTE CAT-1 operation. It features ultra-low power consumption, support for a variety of typical host/peripheral interfaces, an embedded power management unit and a flexible application layer with hardware based security. The chipset has been adopted by numerous M2M/IoT module and device makers and is expected to ship commercially by the end of this year.