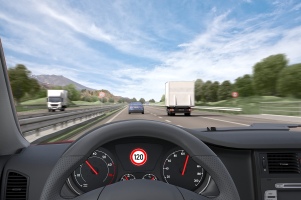 Three young women engineers have been recognised by Bosch for their visions of how the Internet of Things (IoT) might transform the way we live our lives.

Maz Chowdhury, Sophie Spooner and Ka Man Wong were chosen as the winners of a competition that sought the best new applications of the IoT. The winners’ ideas included a sensor-based water irrigation system that could ensure the perfect lawn; smart glass with micro-cameras that could record unauthorised entry into a vehicle; and a computerised recycling container that could incentivise consumers to recycle waste materials.

The three winners, all of whom are engineering students, will now get the chance to pay a two-day visit to Bosch’s state-of-the-art Renningen and Reutlingen research and development facilities near Stuttgart, in Germany. This is where IoT technologies are being developed and brought to life for Bosch. The winners will also receive a year’s mentoring from Bosch engineers.

Steffen Hoffmann, president of Bosch in the UK, said: “At a time of chronic skill shortages within engineering, the competition provided a platform for women to demonstrate the ambition to solve problems and ideas to change the world. We challenged the brightest young female engineers to think about how the IoT might transform our lives, and they certainly delivered.

“The three winners showed that they have imagination and creativity. Each of them had also given thought as to how their ideas might work in practice.”

Maz Chowdhury, a chemical engineering student from the University of Surrey, devised a garden watering and irrigation system that was linked to ground-based sensors to ensure that lawns and plants would receive exactly the right amount of water they needed.

Sophie Spooner, studying communications engineering at Aston University in Birmingham, imagined the use of front and rear window-mounted micro-cameras that could record video footage in the wake of unauthorised entry into a vehicle. The security system could send the images to the car owner’s smartphone.

Meanwhile, Ka Man Wong, an engineering student at the University of Bath, envisaged a multi-sensory recycling container that could classify the type of waste that consumers were recycling, employing a points-based incentivisation scheme to reward them accordingly.

Entries for the competition were assessed by an expert judging panel including Professor Danielle George, Vice Dean for Teaching and Learning at the University of Manchester and Presenter of the Royal Institution’s 2014 Christmas Lectures; Dr Steffen Hoffmann, president of Bosch UK; Jon Excell, editor of The Engineer magazine and website; and Sarah Claridge, Qualified engineer and account director at Technical Associates Group.

Professor Danielle George from the University of Manchester stressed: “The competition produced some fantastic ideas that could change the way we go about our lives. Also, at a time of skills shortages across industry, it has been a great way of enthusing the next-generation of female role models.”

For more details on the IoT competition, and to watch a winners’ video, visit: www.bosch.co.uk/betweenuswecan