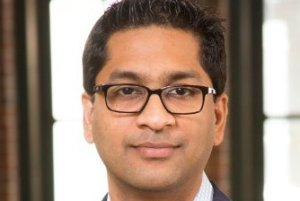 Product companies may be missing a huge opportunity when it comes to their internet-connected products. So says a new study called Simplifying the Complexity of IoT, commissioned by Xively by LogMeIn, Inc. and conducted by Forrester Consulting.

The research found that while many companies (51% of those surveyed) are collecting data from their connected products, only about one-third are actually using this data to create actionable insights to benefit customers and expand business opportunities. Yet 61% of respondents declared product monitoring features as a key driver for creating connected products – showing a clear disconnect between the respondents’ vision and their ability to execute on that vision.

While 52% of respondents did note that data analytics is an important capability to implement over the next 1-2 years, many companies today are not fully experiencing the breadth of benefits the IoT has to offer. Understanding how a product is being used can give companies the ability to continually personalise and enhance their customer’s experience, open up the possibility of new revenue streams, and optimise internal processes.

Yet the results of the study continue to show how most product manufacturers are approaching IoT as a technology challenge rather than a business opportunity – focusing mostly on connectivity and less on realising the business benefits.

“There are a lot of components of a connected product for manufacturers to think about, but when initially entering the IoT space, their main focus is on connectivity,” according to the Forrester Consulting study. “When we asked manufacturers that currently have devices available how much time was spent on various product capabilities, connectivity was at the top of their list, representing about 20% of the total effort. However, the reality is that many of the key drivers for IoT can’t be realised by just connecting a device.”

Despite so many product manufacturers not leveraging IoT data, only 4 percent of those surveyed noted data integration and usage as a challenge. This presents an interesting dichotomy: few of the surveyed companies reported that data management is a challenge while at the same time a majority of them are not leveraging IoT data to improve their business. It is estimated that there will be 6.4 billion connected devices globally by the end of 2016, with that number expected to skyrocket in the next several years. As data connected devices increase at an exponential rate, so will the data they produce, which will only amplify this challenge.

In addition, the survey revealed a number of other challenges facing product manufacturers today, including data security. Keeping data secure was identified as a difficult challenge for 60% of respondents, while 38% cited security as their absolute biggest challenge.

Only 33% noted that they currently protect and secure sensitive data. Connected products can bring a variety of new security risks to companies, both in the technical implementation and in the business processes that are associated with those connected devices. As IoT-connected products continue to scale, these risks and gaps will need to be addressed through platforms, processes, and standards.

Other key findings of the study include:

“Product manufacturers across industries are recognising the tremendous opportunity the IoT offers, but as the study indicates, the challenges are significant,” said Paddy Srinivasan, general manager, Xively by LogMeIn. “The fact that a majority of companies are not utilising the data their products create or even more alarming, not securing the collected data, is a huge problem –one that is most likely reducing the ROI (return on investment) of IoT projects and may be responsible for hindering mass adoption. As the IoT market continues to mature, companies no longer have to approach these challenges alone, but can look to trusted partners and technologies to help jump these hurdles and ensure they are delivering to customers innovative and secure products.”

Forrester conducted an online survey of 232 manufacturing organisations located in the United States, Canada, United Kingdom, Germany, France, Japan and South Korea, as well as five in-depth qualitative interviews with similar companies. The study began in April 2016 and was completed in May 2016.