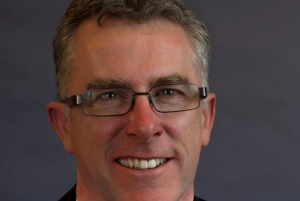 Eric Woods is a research director leading Navigant Research’s coverage of smart cities. He has written numerous reports on the smart city markets and technologies. He has 20 years of experience as an analyst and consultant on new technology trends.

Cities are a focal point for some of the most profound economic, environmental, social, and technological issues facing the world today. Not least of these is the need to move to cleaner and more efficient energy resources to meet the demands of urban populations that will expand by 2.4 billion people over the next 35 years.

Energy networks underpin the smart city, but cities are also examining the sources of that energy and how efficiently it is being used, as they look to reduce both greenhouse gas emissions and energy costs, says Eric Woods, research director, Navigant Research. City energy policy is evolving rapidly as cities become more ambitious and proactive in setting their energy strategy. Cities have played a key role in the development of many of the technologies and new business models associated with the transformation of the energy sector. Some of the most important advanced smart grid demonstrations have involved close partnerships between municipalities and local utilities. Cities are also driving forward smart metering and energy efficiency programmes.

These trends are all part of a broader transition in the energy sector that Navigant identifies as the emergence of the Energy Cloud. The Energy Cloud represents the shift away from centralised energy generation and distribution toward a networked and dynamic infrastructure that incorporates demand-side generation technologies and capabilities and renewable energy sources alongside traditional assets.

Such a system is characterised by increased complexity and redundancy, allowing for greater choice in the manner in which energy is generated, supplied, and consumed. As a result, commercial, industrial, and residential energy consumers are becoming more actively engaged in energy management and energy generation. Cities are also seizing the opportunities presented by the Energy Cloud and are working with utilities and other stakeholders in the creation of new urban energy systems.

There are five key areas where cities are becoming more influential in shaping the energy sector.

At European Utility Week 2016 in Barcelona we will be exploring these issues in more depth in the four sessions in the Sustainable and Smart Cities track.

Eric Woods will chair the Smart Cities & the Energy Transition: creating a scenario for success session and moderate the panel What is the role of the cities in the energy transition?

The author of this blog is Eric Woods, research director, Navigant Research