Cisco to cut 5,500 jobs as it refocuses on the Internet of Things and security solutions - IoT Now News - How to run an IoT enabled business

Home › IoT News › Cisco to cut 5,500 jobs as it refocuses on the Internet of Things and security solutions 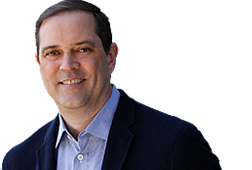 If the bad news caught the market by surprise, there was at least some good news as the company prepares to re-position itself with a new emphasis on the Internet of Things (IoT), the cloud and security.

The IoT, or as Cisco has long called it the Internet of Everything (IoE), is now being seen as a priority by Cisco’s board, which is keen to move away from its traditional focus on switch hardware business, in favour of a new drive into higher margin areas within software.

The announcement came as Cisco reported fourth quarter and fiscal year results for the period ended July 30, 2016. Net income on a generally accepted accounting principles (GAAP) basis was $2.8 billion or $0.56 per share, and non-GAAP net income stood at $3.2 billion or $0.63 per share.

“We had another strong quarter, wrapping up a great year. I am particularly pleased with our performance in priority areas including security, data centre switching, collaboration, services as well as our overall performance, with revenues up 2% in Q4 excluding the SP Video CPE business,” said Chuck Robbins, CEO of Cisco.

“We continue to execute well in a challenging macro environment. Despite slowing in our service provider business and emerging markets after three consecutive quarters of growth, the balance of the business was healthy with 5% order growth. This growth and balance demonstrates the strength of our diverse portfolio. Our product deferred revenue from software and subscriptions grew 33% showing the continued momentum of our business model transformation,” Robbins added.

“We delivered another solid quarter and a good fiscal year, expanding both our gross margins and operating margins,” said Kelly Kramer, Cisco executive vice president and chief financial officer. “Our strong operational discipline has enabled us to drive growth and margin improvement as we continue to invest in key priority areas such as security, IoT, collaboration, next generation data center and cloud, while also delivering shareholder value.”

Today’s market requires Cisco and our customers to be decisive, move with greater speed and drive more innovation than we’ve seen in our history. Today, we announced a restructuring enabling us to optimise our cost base in lower growth areas of our portfolio and further invest in key priority areas such as security, IoT, collaboration, next generation data centre and cloud. We expect to reinvest substantially all of the cost savings from these actions back into these businesses and will continue to aggressively invest to focus on our areas of future growth. The restructuring will eliminate up to 5,500 positions, representing approximately 7% of our global workforce, and we will take action under this plan beginning in the first quarter of fiscal 2017.

Under the restructuring plan, Cisco estimates that it will face pre-tax charges of up to US$700 million. These consist of severance and other one-time termination benefits, and associated costs. Cisco expects that up to $400 million of these charges will hit during the first quarter of fiscal 2017 with the remaining amount landing during the rest of fiscal 2017.

In Q4 FY 2016, Cisco announced its intention to acquire CloudLock Inc., a deal which closed in early Q1 FY 2017. The CloudLock acquisition will, says the company, “further enhance Cisco’s security portfolio and build on Cisco’s Security Everywhere strategy, designed to provide protection from the cloud to the network to the endpoint and also aligns with our strategy to deliver more cloud-based subscription services.”