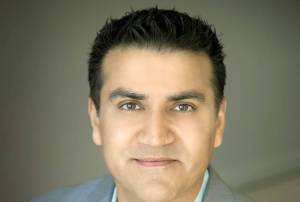 Whether in manufacturing, cleantech or farming, tech-powered automation is coming to an industry near you. From the fully automated extraction of milk from commercial dairy herds to industrial assembly lines requiring almost no human intervention, automation is playing an increasing role in everything from the delivery of the food we eat, to the clothes we wear and the car we drive (or sit in as it autonomously drives itself).

According to a recent Grant Thornton International Business Report, which surveyed more than 2,500 executives across 36 countries, over half are already either automating processes, or plan to do so over the next 12 months.

Whether the most compelling advantages for each lie in potential increases to production or efficiency, heightened safety, or minimising their environmental impact, it’s increasingly apparent that the right solution, implemented intelligently, can literally change an entire business model. For an example, just look to the power of Amazon’s automated warehouses in its ability to efficiently distribute an estimated 1.6 million packages a day, says Nav Dhunay, CEO, ambyint.

The oil and gas industry is undoubtedly one in severe flux. A calculated flooding of the global market drove down prices to a level where profit margins for the vast majority of producers were eviscerated almost overnight. In a bid to steady some large and bloated ships, producers were compelled to prioritise – above all else – cutting costs. Many resorted to obvious ‘dietary’ measures in the form of immediate cuts to new project spending, squeezing suppliers, thinning labor forces and carrying out salary or benefit reductions.

These changes, although understandable, can however, only ever take a company so far as they don’t constitute the type of fundamental business process changes able to have a sustainable impact. Put another way, companies slashing costs in this way don’t become healthier, they just stop eating which makes them thinner.

The concern with relying solely on these types of measures to weather a market storm is that when the storm passes, organisations commonly fall back into doing things the way they always did. In doing so, their weight simply balloons back to where it was, making them just as vulnerable to the next market sway. So is an automated oil patch the answer?

For a battle worn and risk-averse oil industry, even though the rollout of ‘intelligent machines’ is one that’s seeing major traction in other industries, the reality of implementing technology able to, among other things, make drilling rigs and oil wells into their own decision makers is still meeting some healthy scepticism.

The array of solutions coming to market are especially compelling though as they promise more than just incremental change. New products and technology-based systems able to digitise and automate processes during oil’s journey from below ground to consumer, come with the potential to change the game altogether.

From the emergence of fully automated, ‘assembly line’, drilling rigs able to cut connection times by up to 70%, to intelligent, connected data systems able to cut operational costs by 35% through monitoring and autonomously optimising pumpjack operations, and real-time, pipeline monitoring systems, able to save countless hours of manual inspection, the opportunities are significant and offer benefits for the long term.

For an industry not known for its enthusiasm when it comes to early technology adoption, the fact that the market dynamic is necessitating these long term, fundamental changes over quick fix cost savings, is forcing many hands to look more seriously at solutions which would have been easily dismissed or deferred during times of bloating profits.

So while the reality of a fully automated oil patch, devoid of human control isn’t one likely to be a real or desired possibility any time soon, automation technology is certainly at a point in its evolution where it can play a significant role in driving a robust, progressive and sustainable industry.

The author of this blog is Nav Dhunay, CEO, ambyint