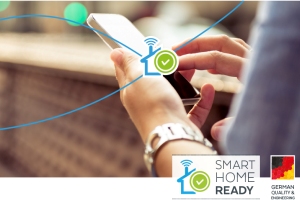 ABOX42.IO contains all essential cloud-, mobile- and hardware components to offer a compelling end user service. Operators have the opportunity to combine their TV offering based on ABOX42 Smart STB platform with the new ABOX42.IO Smart Home services.

With the ABOX42.IO Smart Home services, operators are able to quickly roll out new Smart Home Service to extend their service offerings and bundles. With this new service operators can generate new revenues streams within their existing customer base, acquire new subscribers and reduce churn.

All ABOX42.IO services and components are fully integrated and can be easily deployed without a major project risk in a short time line.

The core components of the ABOX42.IO service are:

With a performance of 5000 DMIPS and a dual core ARM processor the ABOX42 M30 is a one of the most powerful Smart Home gateways. M30 contains a rich communication package to interact with the latest standards to connect with various sensors in the home. M30 supports Thread, RF4CE, Wifi extensions and the latest ZigBee 3.0 standard. The Smart Home Gateway offers state-of-art security and privacy for the end-user via advanced built-in security and encrypted data transmission to the ABOX42.IO cloud services.

ABOX42.IO sensors already support the Green Power standard. This allows to operate sensors with a battery life time of 5-10 years. This is a significant advantage regarding battery life compared to previous sensor generations.