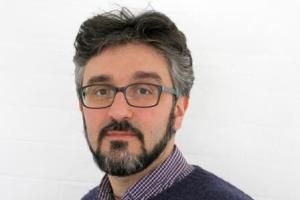 Global Cellular Internet of Things (IoT) connections are expected to reach almost 1.22 billion in 2021, according to Beecham Research.

While Western Europe and North America have led the adoption of cellular M2M and IoT connections, APAC headed-up by China, is now driving the market along with new players such as Brazil and Russia. So said Beecham Research in its new report, ‘Global Assessment of the Cellular IoT Connectivity Market’.

The study also points to strong growth in the Arab States and Sub-Saharan Africa, but for different reasons. While Israel and the Arab States are developing smart city, energy and environmental IoT applications the focus in Africa is on remote payments as well as healthcare, water systems and agriculture. The IoT vision is also starting to take shape in countries such as India, Indonesia and Vietnam due to government initiatives across urban and rural areas.

“The speed of adoption of cellular IoT connections is increasingly diverse among regions and even among countries in the same region,” said Saverio Romeo, principal analyst at Beecham Research and author of the report. “This is due to different stages of development, but also different regulatory regimes, government policies, cultures and the dynamics of regional and national economies.”

While the report shows that the US market is now the second largest after China, it continues to grow with major interest in areas such as smart homes – driven by the likes of AT&T – along with the industrial IoT. In Western Europe it is projects such as smart metering that are driving the market in countries such as the UK and Netherlands, while attention on other forms of connectivity such as LPWANs (Low Power Wide Area Networks) is also having an impact.

“Connectivity remains an important part of the IoT market and it is becoming evident that no one size fits all,” said Romeo.

“Low-data IoT will be increasingly dominated by LPWAN solutions that will contribute to the erosion of 2G IoT connections, while operators will push the move towards 3G, 4G and eventually 5G for more data intensive applications. But we will also see multiple connectivity types used for the same application where they complement each other.”

“The IoT market is certainly gaining pace across every part of the world, but despite this it is not on track to reach the rather over-optimistic predictions made by some industry commentators,” said Robin Duke-Woolley, CEO at Beecham Research.

“What is very interesting is the level of granularity across regions in terms of the different applications fuelling different markets. For example, Mexico is driven by transport including connected cars and with strong attention on consumer technology, while in Argentina the focus is on smart city projects and applications such as fleet management. Telematics along with public safety and security are common across the whole of South America.”

“What is important for the IoT market at this stage of evolution is that companies can make informed investment decisions based on accurate market information and achievable growth targets and timescales,” added Duke-Woolley. “We are already seeing some IoT start-ups close after getting carried away by the hype and large organisations are now looking more carefully at their IoT business plans, so we need to inject a degree of realism.”