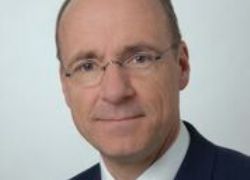 Hewlett Packard Enterprise has announced HPE Converged Plant Infrastructure (CPI), a new appliance that enables manufacturers to accelerate the digitisation of their factories and capitalise on the opportunities of the Industrial Internet.

According to a global study by Oliver Wyman, the digitisation of the manufacturing industry will increase annual margin potential by more than US$1.4 trillion by 2030. However, the ability to achieve this potential is currently limited by a number of factors that include the heterogeneity of machine and IT technologies in the factory.

“The notion of the fourth industrial revolution is a bold promise for higher productivity and growth, but still the OT-IT divide is holding us back,” said Volkhard Bregulla, vice president Manufacturing Industry and IoT EMEA, Hewlett Packard Enterprise. “HPE Converged Plant Infrastructure bridges that divide by integrating OT and IT data into a single management system, and this in turn is the foundation for capitalising on a wide range of efficiency and new-business opportunities within and beyond the factory.”

HPE CPI is the master-control centre of production processes

HPE CPI integrates data from all levels of the automation pyramid in the factory (in/output signals, SPS, SCADA, MES, ERP) and from other systems like sensors or security tools. This allows CPI to do a 360-degree monitoring and management of the entire production environment, increasing availability and lowering cost of unplanned downtime. HPE CPI predicts failures so that systems can be fixed before they fail, and it allows administrators to identify the root cause of problems across all levels of OT and IT systems. HPE CPI also includes orchestration and automation features with which production managers can design, automate and monitor production processes. Services from both internal systems, e.g. a Manufacturing Execution System, and external sources, e.g. a car configurator, can be combined to an integrated production process via a graphical user interface.

A workflow engine then both controls and monitors process execution. This enables manufacturers to establish a dynamic, automatic, and self-configuring production. Also, a plant can be connected to a cross-company production network managed by internet platforms or community clouds.

HPE CPI was developed based on the reference architecture model RAMI 4.0 and will integrate future standards like the Industry 4.0 Component going forward. Its technical core is HPE’s leading private-cloud solution HPE Helion CloudSystem and additional solutions like HPE Operations Manager and the HPE Aruba ClearPass network access control solution that enables organisations to connect and protect all IoT devices.

For OT-IT connectivity, HPE CPI can integrate a range of different solutions, including HPE’s Network Interworking Proxy or IBM WebSphere MQ. The architecture of HPE CPI is based on open standards like OpenStack and thus allows easy integration of additional components.

HPE CPI is preconfigured according to customer needs and delivered in a rack or container as a turn-key solution. HPE provides global 24/7 support for the entire system and offers a range of consulting, migration and operations services for factory digitisation with HPE CPI.

HPE CPI is available for selected beta customers now, and will be generally available in December 2016 in the EMEA region.