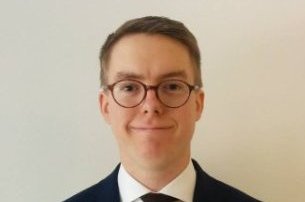 According to a new research report from the M2M/IoT analyst firm Berg Insight, the number of shipped cellular M2M terminals were 2.7 million worldwide during 2015.

Growing at a compound annual growth rate (CAGR) of 16.1%, this number is expected to reach 5.7 million in 2020. Berg Insight defines cellular terminals as standalone devices intended for connecting M2M devices to a cellular network. These include primarily general-purpose cellular routers, gateways and modems that are enclosed in a chassis and have at least one input/output port. Trackers, telematics devices and other specialised devices are excluded from this report.

This is equivalent to more than 50% of the global market. Other noteworthy vendors include CalAmp and MultiTech Systems in the US; Xiamen Four-Faith and InHand Networks in Asia; HMS Networks, Advantech B+B SmartWorx, NetModule, Matrix Electrónica, Eurotech, Gemalto, Dr. Neuhaus and Option in Europe and NetComm Wireless in Australia. “A large number of small and medium sized vendors are active on the European market, whilst the North American market is dominated by a handful of major vendors, largely due to barriers in the form of carrier certifications required for cellular devices in the region”, concluded Mr. Wennermark.