Home › Blogs › Are utilities complacent about smart grids and metering? 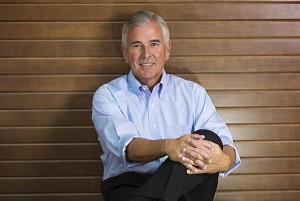 There are concerns, especially in the European market, that not enough progress is being made in the roll-out of smart metering by utilities. Here, Jeremy Cowan, editorial director of IoT Now & VanillaPlus talks to Jerry Chase, CEO of Bsquare.

IoT Now: Are utilities starting to take advantage of government initiatives? Can you give examples?

Jerry Chase: Early adopters in the utility market are beginning to invest in smart grids and new metering technology to address changing regulatory and demand conditions. This is mainly driven by the need to better understand usage in their distribution infrastructure, where they traditionally have had less visibility into real-time operations.

IoT Now: How can utilities overcome customer apathy and resistance to change? How can IoT, and DataV, help with this?

JC: IoT provides a new way for utilities to engage and add value to their customers. In some markets, utilities have begun to deploy smart meters and provide consumers access to online usage information through a web page or mobile application. In the future, services like this will be expanded to recommend strategies for energy conservation by identifying which appliances or devices in the home are the highest contributors to consumption. Bsquare DataV enables utilities to have more control over how utilities collect, manage, and repurpose this data for themselves and their customers. JC: Changes in energy demand patterns have caught some utilities off-guard. The proliferation of electric cars has significantly increased usage in a way that is difficult for them to forecast. Conversely, deployments of solar panels in the home leads to situations where excess power is added back to the grid. These unpredictable demand patterns are troublesome for regulated industries that must maintain capacity in the grid without over-producing. Adding an IoT strategy to the distribution grid enables utilities to better understand real-time usage, enabling them to react – or even predict – power demand requirements.

IoT Now: What are the key factors driving the smart utilities market?

JC: Primarily, utilities are concerned with improving operations and financial performance. As a regulated industry, these companies need to maintain compliance, while identifying new sources of recurring revenue that improve margins. Utilities are also under pressure to become more efficient in their use of natural resources, while reducing emissions and other factors that could have an environmental impact.

IoT Now: How is all this affecting demand for IoT solutions? Where do smart meters and the utilities’ ability to deploy apps come in? Do utilities have the flexibility and skills to take on these technological changes? JC: The desire to further invest in smart grids has led to increased demand for IoT solutions. Meters are no longer just limited to collecting usage information. The opportunity exists to add incremental functionality that benefit both the utility and their consumers. Smart meters have the potential to change the way utilities think about their business extending their visibility and control to the edge of the grid. In many cases, this is a new focus for utilities and they are looking to technology companies like Bsquare to help them understand and integrate IoT solutions such as DataV into their infrastructure.

IoT Now: Who buys IoT solutions at a utility?

JC: IoT projects are typically initiated by the operations side of the business, which is responsible for delivering a reliable service to their customers in an efficient way. However, IT teams are also involved due to the need to integrate smart grid data with existing enterprise systems. This is one reason why IoT is often attributed to business transformation. It is a platform to unite various business units toward a common goal.

The author of this article is Jeremy Cowan, editorial director of IoT Now & VanillaPlus. He was talking to Jerry Chase, CEO of Bsquare.