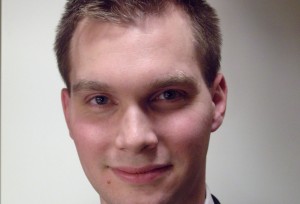 According to a new research report from the M2M/IoT analyst firm Berg Insight, annual shipments of smart electricity meters in Europe will more than double in the next two years.

The market accelerated in 2016 and sales are expected to reach 13.5 million units during the year. In 2018, annual demand is forecasted to reach an unprecedented level of 27.6 million units. The peak of annual shipments in the range of 25–30 million units per year will be sustained until the end of the decade.

“The European smart meter market benefits from two concurrent positive developments at the same time”, said Tobias Ryberg, senior analyst, Berg Insight and author of the report. “Firstly, the long-anticipated mass-rollouts in France and the UK are finally getting underway. Secondly, Enel is on the verge of launching the second wave of smart meter deployments in Italy as the first generation devices reach the end of their technical lifespan of 12–15 years”.

The report also identifies Austria, Ireland, the Netherlands, Norway, Romania and Spain as other hotspots for smart meters in the coming years. The outlook for Germany however remains negative in the short term. Even as the country recently adopted a new regulatory framework for the introduction of smart meters, large-scale deployments are still some years away.

Unlike most other countries in Western Europe, Germany will only make smart meters mandatory for around 10 percent of the electricity customers before 2028. Berg Insight believes that a full-scale rollout may not be completed before the 2030s.