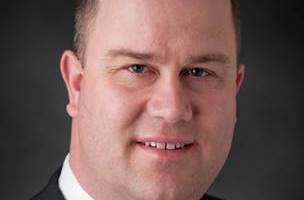 IoT is taking hold in a broad range of industries from automotive to farming to manufacturing. One of the biggest growing markets is the smart home with many areas ripe for development including controllers, lighting, thermostats, security, and sensors.

Today, the smart home and all of its sectors are at a critical tipping point. Cloud services are gaining in popularity and are becoming an integral part of the smart home ecosystem.

While industry analysts are predicting a promising future, we have to do our part to make it come to fruition. Z-Wave technology is found in over 50 million products in homes around the world which translates to around 70% market share. Over 375 global smart home device manufacturers, IoT platform suppliers, and all types of service providers use and support the use of Z-Wave in their offerings.

This is because over the last 15 years we’ve created a command and control language that can communicate with all devices (regardless of manufacturer) and their functionality in today’s home. When disparate devices can talk and actually understand each other that’s when the smart home experience will be ubiquitous. This is why we have opened our interoperability spec to everyone. Yes, everyone – no strings attached, says Raoul Wijgergangs, vice president Z-Wave Business at Sigma Designs.

By opening the Z-Wave interoperability layer, we’re creating a resource for any party that wants to work with smart home applications, including cloud initiatives and those who wish to create plug-ins for the Z-Wave technology. We are also giving access to the Z/IP (Z-Wave Over IP spec), our Z-Ware middleware spec, and the Z-Wave Security S2 spec, available on our site for download. All these items combined give anyone the tools they need to create smart home solutions or plug-ins that will work with Z-Wave.

Many have wondered why we have opened the spec to the public. After all, isn’t that our secret sauce? We believe in innovation and as we’ve seen repeatedly, it can come from anywhere. When you provide the tools to succeed, everyone wins. With the incredible surge in cloud-based services such IFTTT (If This Then That), Microsoft’s OpenT2T, and Amazon Voice Services we wanted to make our proven gold-standard communication specification is available so these services would have easy access to the largest interoperable ecosystem of devices in the market today, over 1,500.

For all vendors in the smart home space, the goal is to provide smart home products and services that deliver a seamless experience for the consumer regardless of who develops them. The only real way to do that is to ensure all those devices can communicate and understand each other regardless of their origin. Cloud services are already playing a large role in bringing that to fruition.

By opening up the Z-Wave spec, we have given developers the ability to create plug-ins that can tie the smart home into cloud initiatives, thereby extending the reach of smart home products. Previously cloud service providers would need to go through the Z-Wave Alliance to get the spec, now they can work with it directly and incorporate it into their offerings.

In addition, companies that are building gateways can add a standard piece of code that allows products to plug-in to Z-Wave so that a home gateway can then allow universal communication across all smart devices within a home. For example, if Amazon wants to do something with the smart home they could leverage a plug-in that a developer created that bridges http language from Amazon Web Services to the Z-Wave ecosystem.

It’s been part of our history to share our technology with as wide an audience as we can. We began opening up Z-Wave four years ago by donating the radio spec to the International Telecommunication Union (ITU), a similar organisation to the Institute of Electrical and Electronics Engineers (IEEE). This move allowed other chip companies to build Z-Wave radios. Providing developers, enthusiasts, and manufacturers access to the Z-Wave interoperability layer was simply the next logical step.

To be clear, by providing the spec to the public, we are not making it open source. Yes, it’s open so anyone can access it and use it to build things without needing to join an alliance (something you have to do to get access to standards such as ZigBEE, Bluetooth, Wi-Fi, and others).

Open Source means people can use and alter/enhance the code, which is a little counter-intuitive to offering a language that all Z-Wave devices can understand and work together upon. In this scenario, we’re providing the dictionary, but if anyone wants to add new commands and actually change the language that would need to be done through the Z-Wave Alliance.

By making these specs available to the public, we believe cloud services and gateways, along with the larger community, will lead to an expansion and major jump start in smart home technology adoption. It is an exciting time in IoT and as more things become open and shared, that’s when true innovation occurs.

The author of this blog is Raoul Wijgergangs, vice president Z-Wave Business at Sigma Designs

Raoul Wijgergangs is vice president of the Z-Wave Business Unit for Sigma Designs. A veteran in the Smart Home IoT industry Mr. Wijgergangs joined Zensys, the founding company of Z-Wave, in 2004, pioneering the US IoT smart-home market, building not only a new company, but an industry at the same time. Zensys was acquired by Sigma Designs in 2008.

Prior to Zensys Mr. Wijgergangs worked at Philips for ten years and held key positions, including senior director of Global Sales and Marketing for Wi-Fi and Bluetooth, and helped founding Arcadyan, a Philips joint venture with Accton. He holds a Bachelors of Engineering in Computer Science and an M.B.A. from the University of Twente in the Netherlands.