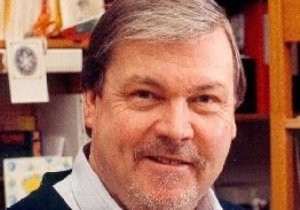 At the beginning of the decade the mobile enterprise was a hot topic, writes Bob Emmerson. Mobilising applications and processes had and still have the proven ability to: boost productivity by capturing data at source; enable the delivery of enhanced services, thereby improving customer satisfaction; and improving the efficiency of the organisation, which in turn boosted margins and profits. The mobility paradigm was based on a seamless flow of information to and from the data center to any device and vice versa enabled by Wireless LANs in office buildings. Does that sound familiar?

Today the IoT is generating massive amounts of business data, which gets processed into a combination of insightful real-time and historic information. The resulting need to access this information has placed a strain on WLANs. Adding more access points and employing higher speed Wi-Fi technology were temporary Band-Aid fixes. There was an intrinsic issue: the LANs were not designed to deliver the capacity needs that enterprises face as a result of the explosive growth of the IoT.

Aerohive Networks decided to start over and embrace the fact that “Software is eating the world.” The quote comes from Marc Andreessen. In this context it meant employing an architecture based on the principles of Software Defined Networking (SDN). SDN employs an open network system structure in which network control is decoupled from network forwarding, which enables the performance of the network to be programmed and managed via the cloud.

The company is marketing Software Defined LAN (SD-LAN) solutions that build on the principles of SDN in the data center and SD-WAN in order to enable flexible, programmable, and cost-effective wireless and wired networking capabilities that are being applied to the expanding networks of IoT devices. It is worth noting that software-defined networking does more than change the rules of the network game; it throws them out the window. In future networks, functionality will be determined by users and managed by IT departments.

IoT devices can be incorporated into a programmable architecture in various ways. Let’s consider a company whose business is based on a franchise of fast food outlets. They would typically employ relatively low cost Wi-Fi devices in order to acquire and manage data on consumption, storage temperatures, humidity and other parameters.

These devices can be configured as remote, local SD-LANs that connect to Aerohive’s Cloud Services Platform, which enables them to be located, authenticated and secured. Local access points enable connectivity. The IoT data would typically be employed on a proprietary application, running on the premises or in the cloud: private or public. That is the baseline functionality of the platform and an architecture that provides seamless integration of IoT domains with corporate environments.

Data coming from different locations would typically be aggregated using an edge gateway or the cloud. Data analytics software can be employed in both locations. The former would provide real-time information that could be employed by management at the local level. The latter would typically enable a combination of historic and real-time information.

Wi-Fi as the technology of choice

Right now there is a plethora of proprietary and standardised communication technologies that are being used to devices to the cloud and each other. They include ZigBee, Bluetooth / BLE, Ethernet, LoRa, Wi-Fi, and RFID. The choice is usually determined by the physical characteristics of the environment, presence of wood, concrete, metal etc., the sensor density, desired range, and data rates.

However, IoT solutions based on standards are preferable and Wi-Fi is emerging as the technology of choice. It has become a ubiquitous standard that is widely used in homes, enterprises, schools, hospitals, airports etc. In addition the Wi-Fi Alliance® has introduced Wi-Fi HaLow™ as the designation for products incorporating IEEE 802.11ah technology. A typical 802.11ah access point could communicate with over 8,000 devices within a range of 1 km.

Wi-Fi would therefore appear to be an ideal candidate for the IoT since it ticks all the boxes and when employed in a SD-LAN it enables the creation of robust, flexible solutions that can be managed via the cloud and programed by IT departments.