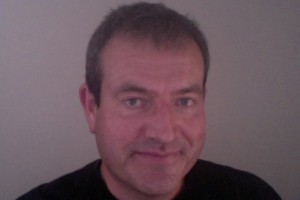 Wouldn’t it be great if they changed the way Formula 1 is covered on TV, so there was more emphasis on all the drama going on behind the scenes. Surely there’s some extra digital channel capacity to screen those battles for people who enjoy watching team games.

They could even do cheaply too, using remote cameras and intelligent machines that decide which human conflict looks the most interesting.

Yes, the bravery, fitness and wit of these young drivers is phenomenal, but all the TV companies can do is show the cars trundling round the track. From a distance they look to be travelling deceptively slowly too, says freelance IT and communications writer, Nick Booth.

What I really like is the team work. Those tyre changing and refuelling teams in the pit stops are magnificent. Then there’s the 700 scientists, data analysts and all grades of engineer, all frantically beavering away behind the scenes. With so many different personalities involved and such huge logistical challenges to resolve against impossible deadlines, there must be some friction.

With the added ingredient of huge prizes at stake, there must be some huge punch ups – both literal and metaphorical – going on all the time.

Like all good engineers, the people who stage the race have hidden the complexity from us, and made it look too easy. That’s a fantastic discipline to uphold, but it does mean some of us will overlook how difficult the job is.

In a bid to uncover some of the conflicts involved, I visited the Red Bull Racing (RBR) Formula 1 HQ in Milton Keynes, as a guest of IBM. Given that Red Bull is primarily a drinks manufacturer, it’s a stunning achievement to match companies with the pedigree of Ferrari, Renault, and McLaren. The RBR driver has been ‘on the podium’ in 109 out of 218 races it has taken place in. This competitiveness stems from its use of intelligence about the car and reactive fine tuning of the beast, to ruthlessly shave milliseconds off the laptime with every micro-adjustment of the spoilers or redesign of the oil pressure management.

One of the sources of conflict I was hoping to uncover would have been caused by the Internet of Things. The latest model car built by Red Bull Racing team, the RB12, has 100 sensors embedded in its body. Each of these is like a mini-racing commentator, screaming back reports on tyre temperatures variance, the oil levels and pressure and the wind resistance on the wings that Red Bull gave the car.

Imagine 100 of these shouty correspondents, all simultaneously screaming back to the newsroom that is the IBM General Parallel File system. Sadly, RBR and IBM would not divulge how much data is streaming back to its High Performance Computing cluster, for competitive reasons. Suffice it to say they take the full 10Gbps of bandwidth allowed by the race regulator, the FIA (Fédération Internationale de l’Automobile), so there is plenty for the data scientists to plough through.

With Gigabytes of unstructured information pouring in every second, each data scientists and data analytics team must be conflicted over which new silo they tackle first. Having noticed patterns emerging, they then have to decide which information they instruct teams to work on first.

Once the race is over the conflict doesn’t stop as there’s an eight-day cycle of continuous design interaction, simulation and testing, using the data about the car’s performance in the previous race as a guide to redesigning the new model.

The engines that roar into action are modern software defined computing and storage machines from the IBM stable. Teams of attractive young men and woman start draping themselves over beauties like the Application Center (“she can eat up the data like it’s going out of fashion”) License Scheduler (stops the budget overheating) and the Symphony (literally purrs, she does).

There are 21 race events a year, in locations all around the world, so the logistics of getting all the machines to the track must be nightmarish enough. The fact that the RBR will digest enough information to fuel 30,000 micro-design changes and the equivalent of four complete new Computer-assisted designs (CADs) every season must add to the stress.

No wonder they need that caffeinated drink.