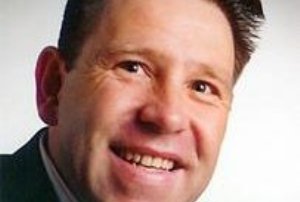 The key differentiation from other API offerings is support for ultra-low power functions without the overhead of unnecessary programming instructions for IoT (Internet of Things) hardware.

A System-on-Chip (SoC) with Cortex-M or A microcontroller paired with the NEMA GPUs and NEMA Display Controller is the precise combination for the NEMA | GFX API that offers developers direct access to the full spectrum of capabilities to create appealing GUIs for ultra-low power devices. NEMA | GFX API plus NEMA GPUs are showcased in Hall 1, Booth #E635 at IoT Solutions World Congress.

“We’ve designed the NEMA | GFX API from scratch to significantly reduce application development by providing a minimal yet very powerful set of functions,” said Ulli Mueller, vice president, Marketing & Business Development of Think Silicon. “By including the frame buffer and software libraries all in the SoC on-chip memory, we eliminated any customer’s need for costly external memory. The dedicated support for a fast, low-power executable empowers developers with the essential building blocks for use with NEMA GPUs to create new classes of embedded and wearable hardware.”

The NEMA | GFX API provides the following features and benefits:

As part of the Horizon 2020 program, the European Commission has selected Think Silicon to participate in the SME Instrument initiative and supports Think Silicon participation at the IoT Solutions World Congress at the Gran Via Venue in Barcelona, Spain in Hall 1 , Booth # E635