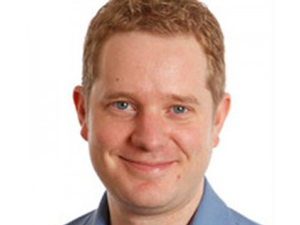 A new zero-day attack vector could be used to enhance the effectiveness of botnet tools used to launch recent attacks on Dyn, Krebs on Security and OVH. So says Corero Network Security (LSE: CNS).

Corero, a provider of security solutions against DDoS attacks, has disclosed a significant new zero-day DDoS attack vector observed recently for the first time in use against its customers. As Jeremy Cowan reports, the new technique is an amplification attack, which utilises the Lightweight Directory Access Protocol (LDAP), one of the most widely used protocols for accessing username and password information in databases like Active Directory, which is integrated with most online servers.

While Corero’s team of DDoS mitigation experts has so far only observed a handful of short but “extremely powerful attacks” against their protected customers originating from this vector; the technique reportedly has the potential to inflict significant damage by leveraging an amplification factor seen at a peak of as much as 55x.

If combined with the Internet of Things (IoT) botnet that was utilised in the recent 655 Gigabyte attack against Brian Krebs’s website, Corero believes we could soon see new records broken in the DDoS attack landscape, with the potential to reach tens of Terabits per second in size in the not too distant future.  The DDoS landscape has been extremely volatile in recent weeks, particularly with the release of the Mirai code and subsequent Mirai-infected IoT devices, and Corero expects this trend to continue for the foreseeable future.

Dave Larson, CTO and COO at Corero Network Security, explains: “This new vector may represent a substantial escalation in the already dangerous DDoS landscape, with potential for events that will make recent attacks that have been making headlines seem small by comparison. When combined with other methods, particularly IoT botnets, we could soon see attacks reaching previously unimaginable scale, with far-reaching impact.”

In this case, the attacker sends a simple query to a vulnerable reflector supporting the Connectionless LDAP service (CLDAP) and using address spoofing makes it appear to originate from the intended victim. The CLDAP service responds to the spoofed address, sending unwanted network traffic to the attacker’s intended target.

This initiative will be chaired by Nick Cook, CIO of digital trust specialist, Intercede, a foundation member company. Its purpose is to provide the guidance, application program interfaces (APIs), and a framework needed for developers and manufacturers to establish end-to-end trust in embedded devices, critical to the security of IoT.

“In a highly connected world, it is vital that a chain of trust can be established from the silicon of an embedded device right through to the provisioning of the service itself in order for mutual trust to be achieved,” said Art Swift, president of the prpl Foundation. “We call this the Trust Continuum, and it ensures the high integrity of these digital exchanges required to stop malware or other subversive actors from compromising them. This trust is a critical element missing from IoT as it stands today and why threats, such as the Mirai IoT malware that has infected nearly half of a million devices, have been so successful.”

The Trust Continuum working group brings together numerous prpl member companies including Intercede, Intrinsic ID, Imagination Technologies, Kern Konzept, and Synopsys to define the “trust” stack that must be achieved to then break it down into the APIs needed within an embedded device. Once the APIs are agreed, the Trust Continuum group will define the interface specification to enable interoperability between the different components of an embedded device and cloud services.

“IoT will become ubiquitous and has the potential to dramatically change the way we live our lives. But if the security of IoT is not properly architected, the invasion into our privacy and the threat to our safety by malicious actors could cripple the connected society,” said Nick Cook. “An open and interoperable Trust Continuum is at the heart of securing these systems, enabling strong digital trust to be built between entities and importantly enabling the management of trust relationships securely throughout the lifetime of devices.”

Jeremy Cowan is the editorial director and publisher of IoT Now, IoTGlobalNetwork.com, and VanillaPlus. 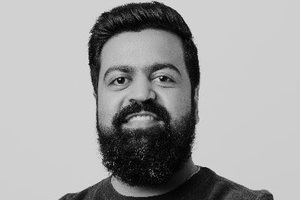 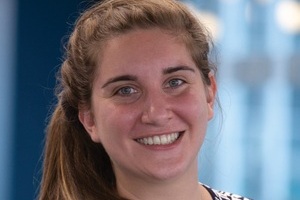