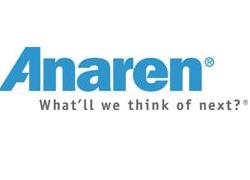 Anaren, Inc. has announced that it has named Jeff Liebl as president of the company’s Internet of Things (IoT) Group, effective November 1, 2016. The position is new within Anaren’s organisational structure to leverage the rapidly increasing growth in the IoT sector.

Larry Sala, Anaren President and CEO stated, “Jeff’s extensive experience in the IoT market makes him an ideal candidate for this new role. The Internet of Things is rapidly expanding and Jeff’s background will serve him well in leading the acceleration of Anaren’s IoT business, including strategy, product and business development, as well as marketing and sales channel management.”

Liebl has over 15 years of experience in the wireless and IoT-related markets, including both hardware, software and data analytics. He most recently served as chief marketing officer at Digi International. Prior to Digi, Jeff held key positions at eBureau, Ubiquity Software, Jetstream Communications, and 3Com Corporation.

“With Jeff’s experience and leadership and the upcoming rollout of Anaren’s latest IoT products that include new Wi-Fi modules, development kits, and the next generation of our Atmosphere cloud software platform, the group is well positioned to capitalise on the rapidly expanding IoT market opportunity,” added Sala.