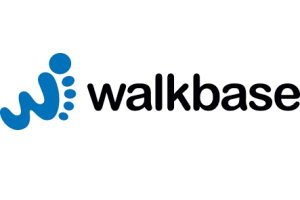 Walkbase, a venue IoT analytics and marketing platform company, has announced its expansion into the U.S. market, appointing Kevin Hunter as its president of the Americas.

Walkbase has seen significant year-on-year growth in Europe since its founding in 2010, and recognised the untapped potential in the US marketplace after numerous inquiries from US-based retailers and venues. Walkbase recently announced a global partnership with IBM that includes a US presence.

“We have seen incredible growth in Europe, the Middle East and Asia in the last year as more and more brands and retailers that utilise our proprietary IoT analytics and marketing platform see unprecedented revenue growth and ROI, said Tuomas Wuoti, CEO, Walkbase.

“In order to continue that growth, we recognised the need to expand our operations in the United States and Kevin was the ideal candidate given his extensive knowledge of not only the mobile proximity space but his relationships with key future partners.”

Walkbase reports that Hunter is widely-respected in the industry and, as a pioneer in mobile data services, has successfully captured market value and created growth in the mobile proximity space in multiple industries. He brings skills including management, strategy, relationships and a deep understanding of the technology.

Prior to joining Walkbase, Hunter served as president of inMarket Media where he was responsible for the corporate growth strategy into new verticals. Before that, he co-founded and was COO of Gimbal, Inc. guiding the company from its incubation within Qualcomm Labs through its spin-off as a private entity from Qualcomm Retail Solutions. In addition, he is co-inventor of 23 US patents in mobile, location and proximity technologies.

“Walkbase is leading the way with their innovative and highly differentiated venue IoT analytics platform that is unlike any other currently available in the marketplace, and I am excited to join the team and deliver a solution to the industry’s demand for greater digital-style insights in their physical locations,” said Hunter. “Our platform has a proven ROI and successful track record in markets worldwide and we believe the time is right to introduce Walkbase to U.S.-based brands, retailers and venues.”