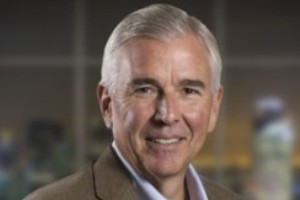 Bsquare has entered into an agreement with an unnamed global supplier of smart grid and smart city solutions to utilise Bsquare DataV™ Internet of Things (IoT) software to enable a distributed app environment across its smart meter offerings.

The agreement, valued in the first year at US$1.9 million in software and services with a $2.9 million option to extend for an additional four-years, will allow utilities around the world to dynamically download apps to individual meters thereby continuously adding functionality that can drive down costs, improve grid reliability, and enable new services.

In addition, Bsquare will be entitled to collect a monthly per-app royalty on applications provisioned on individual meters once certain volume milestones have been achieved. Bsquare DataV software uniquely addresses the IoT device management challenges related to these large-scale deployments.

Jerry Chase, Bsquare president and CEO, said, “We believe the challenges associated with provisioning and managing applications on tens of millions of devices distributed globally have been overlooked by many in the IoT industry but are readily addressed by the modular DataV IoT software stack, which is designed for use cases that require hyper-scale. By working closely with this customer, we’ve been able to help them develop a unique and compelling solution for smart grids and smart cities.”