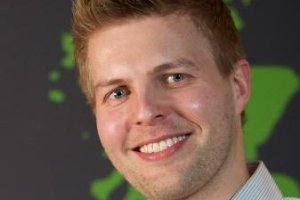 Recent analyst and market reports make for unimpressive reading when it comes to consumer adoption of Internet of Things (IoT) smart home devices. Data released from the Deloitte Mobile Consumer Survey 2016 in September is just one example, which highlights how consumer ownership of connected devices has stagnated since 2015.

Only 2% of British homes currently have a lighting system they can control with their smartphone and only 3% own a smart thermostat – figures that have barely changed in the last 12 months.

This slow down in the adoption of smart home IoT devices suggests an obvious lack of perceived value by consumers and marketing has not addressed this. Controlling lights from an app might be fun, but what is the real value?, says Philipp Schuster, CEO, ‎Loxone.

The Internet of things is described as a network of multiple objects that communicate over the Internet and through this provide “value” to the customer through the control of smart light bulbs or smart thermostats for example.

Yet these devices aren’t easily integrated with one another, relying on the customer to have both the time and know-how to start pairing devices and creating logic to enhance functionality. They typically serve only one purpose, which forces consumers to buy multiple bits of hardware and download multiple apps for a more integrated system.

The result is the creation of a complicated technology infrastructure that puts the user at the centre of managing and monitoring the devices and apps that make up this network. A smart home should be taking care of things for us so that we have time for the more important things in life rather than forcing us to actively manage yet more technology.

The IoT smart home market is still in the early adopter phase and it could be argued that the ever-growing selection of devices, alongside a distinct lack of standardisation, is contributing to the stifling of adoption.

On the face of it, Apple’s HomeKit is a great step for IoT devices that in the past did not have a mass market framework for central control or configuration. It removes the need for the owner of multiple devices to go through multiple apps when leaving the house, for instance to turn off music, turn off lights, set the alarm or turn down the heating.

On one hand, with HomeKit, Apple readily expects users to configure their heating, lighting and create logic routines themselves for the smart home, yet with the introduction of AirPods in September, the brand asserted that pairing a Bluetooth headset is just too difficult for most users.

Moving IoT and smart homes to the mass market

One of the major attractions of living in a smart home is the convenience it introduces into our daily lives and at the moment IoT devices simply do not deliver on this critical factor. The stall in uptake of IoT smart home devices can be linked to a lack of perceived value by consumers in what the devices actually have to offer.

A true smart home is not one that is created from multiple apps for several ‘Internet of Things’ devices that consumers must manage and control on a day-to-day basis. This may be novel, especially for early adopters, but the novelty of controlling everything from apps soon wears off. Developments like HomeKit do not change this and, as an industry, we must make advances in removing the need for control by the user. Smart homes are born from the idea of home automation, and we should remember that keyword: ‘automation’.

A smart home should take care of everyday tasks for us, as if we are living with an autopilot. It should create an optimum living environment using our lighting, heating, security, shading, music and more, without us having to lift a finger. For us at Loxone, we term this concept Autopilot Living.

Unless IoT smart home devices deliver on this kind of convenience and prove their value to the consumer, this segment of the smart home market will fail to move beyond the early adopter stage for the foreseeable future.

The author of this blog is Philipp Schuster, CEO, ‎Loxone