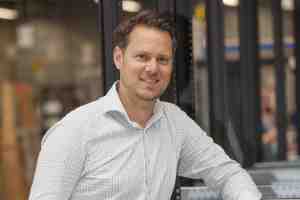 Minkels, part of the publicly traded company Legrand, recently introduced its first micro data centre, the MatrixCube. The company has now announced a second, more compact micro datacentre for the first quarter of 2017, the MiniCube.

Minkels is reportedly noticing a growing demand for micro data centres. Bas Jacobs, product manager, Minkels: “The data landscape is changing completely driven by, among other things, the Internet of Things (IoT). In 2014, there were about 14 billion devices connected worldwide. By 2020 there will be 50 billion (source: Cisco). This will also mean a boost for the micro data centre market, globally: from 1.7 billion dollars in 2015 to 6.3 billion dollars by 2020. This is because centralised data processing is not sufficient for the IoT, for instance because of low latency requirements. The IoT therefore requires this data to be handled locally, for example using micro data centres.”

Another trend that is affecting the micro data centre market is adoption of the cloud. “More and more applications are ending up in the cloud. Take office automation, for example, or CRM and ERP systems. That means that you are able in many cases to shrink your data centres, simply because your physical hardware requirements are less. In addition, IT miniaturisation and virtualisation are advancing, which means that less space is needed. As a result, lots of companies only need a small and clear data centre – though it still has to meet the requirements of a large one. These companies are choosing to accommodate operationally critical applications and information – with a high level of reliability at low costs – in these micro data centres. You also see these small data centres being used as a backup.”

Finally, a reliable and cost-efficient micro data centre genuinely removes one source of worry for an IT manager. “IT managers don’t have to be specialists in order to put this kind of micro data centre together. It’s a completely pre-configured plug-and-play solution that can be up and running quickly.” Minkels expects to launch its even more compact micro data centre – the MiniCube – in the first quarter of 2017.