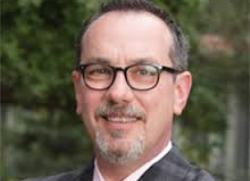 In the Internet of Things (IoT) there is a single critical point: To make money, don’t look to the margin earned from selling your device. Turn instead to the potential for paid and perpetual recurring services that are “unlocked” by your device as the surer bet for long-term monetisation success. In other words, succeeding in IoT takes more than a good “Thing”.

This pithy message is intended to be more than just provocative; it’s borne from a proven understanding that recurring revenue models have been successfully disrupting every consumer and industrial sector for the past few years, and the firm belief that IoT-based value lends itself immediately to recurring models of one kind or another.

A case in point (and cautionary tale) are the ongoing woes of wearable camera maker GoPro. Once a darling of Wall Street, their total dependence on new device sales as their sole revenue stream has only served to disappoint in recent quarters, and the punishment to their valuation has been swift and merciless, says Brendan O’Brien, co-founder and chief innovation officer, Aria Systems.

Surely there are people within GoPro’s organisation who recognise that a recurring IoT-based service, enabled by their hardware, is key to providing much-needed predictability to their revenue picture and building a tethered, loyal customer base. However, such thoughts remain conspicuously absent from their visible go-to-market strategy.

The concept can be hard to swallow for makers of IoT-ready devices. Understandably so. If making Things is what you know—whether its wearables, flyables, cars, tractors, or processors—you’ve spent a long time measuring your own success in a traditional COGS/margin model, which likely means the fundamentally different KPIs imposed by recurring revenue models (churn, adoption, annuity, etc.) are foreign to you. And that uncertainty can cause an institutional paralysis that keeps Thing makers from acting in their own better interest.

There are some stalwarts that have heeded the call and are reaping the benefits. Networking hardware manufacturer NETGEAR has enjoyed phenomenal growth over the past few quarters, buoyed in large part by their Arlo home security cameras and associated subscription monitoring services.

The long-term “annuity” those monitoring services provide is the revenue assurance Wall Street loves, and provides an ongoing brand affinity among its customers that persists long after they’ve made their initial camera purchase. By realising, at the earliest possible moment, that the Thing was an indirect provider of value rather than a direct one, NETGEAR is a clear winner in MoT. The GoPros of the world may ignore NETGEAR’s example at their own peril.

The author of this blog is Brendan O’Brien, co-founder and chief innovation officer, Aria Systems